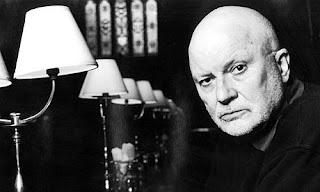 Britain's other election – for a successor to WH Auden, Robert Graves and Seamus Heaney as Oxford university's professor of poetry – today became a three-way race. The university announced that so far there had been three nominations for the job: Geoffrey Hill, Paula Claire and Seán Haldane.

This year's election is a re-run after a debacle last year, when first Derek Walcott pulled out over sexual harassment allegations, and then Ruth Padel withdrew, after it emerged that she had told journalists about the accusations against Walcott, which dated from the early 1980s.

It was all rather unseemly and not something that usually happens during an election for a position considered second only to that of the poet laureate in terms of prestige.

The new vote will take place in June and, of the candidates, Hill is by far the best known. Although he needs just 12 Oxford graduates as nominees, Hill, 77, has secured the support of 49 serving dons. He has won the Hawthornden Prize (1969) and the Whitbread Award (1971). His poetry has been described as savage and brooding. It includes King Log, Mercian Hymns and September Song.
The other two candidates may have an uphill struggle against him.
The full story at The Guardian.
Posted by Beattie's Book Blog at 8:54 pm