In this sequel to her earlier bestsellers, Under the Tuscan Sun, and Bella Tuscany,
Frances Mayes chronichles her continuing, two-decades-long love affair with Tuscany's people, art, cuisine and lifestyle. 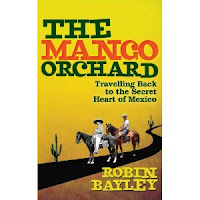 THE MANGO ORCHARD
Travelling Back to the Secret Heart of Mexico
Robin Bayley
Preface Publishing - NZ$37.99

As a child Robin Bailey was told stories by his grandmother of her father's Mexican adventures and so generations later he gave up a successful media career to retrace his great-grandfather's footsteps. 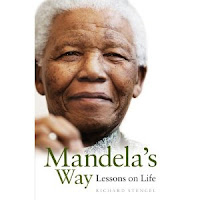 Written by the co-author of international bestseller LONG WALK TO FREEDOM,  MANDELA'S WAY  presents fiftenn lessons on life and leadership based on the life and work of Neslon Mandela, winner of the 1993 Nobel Prize for Peace.

Penelope Todd's first novel for adults is an historical romance set on a quarantine island on a bleak harbour where a group of nurses care for sailors and immigrants recoivering from the effects of the long voyage to their new home.

Todd has an impressive record as a writer for young adults having been shorltisted four times for the NZ Post Children's Book Awards. This is an impressive debut in the adult field. Publication May.
Posted by Beattie's Book Blog at 3:32 pm