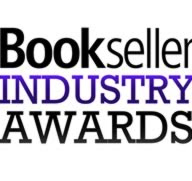 The first Bookseller Industry Awards shortlist has been announced with 16 categories covering the publishing and retail industry.
The awards combine the British Book Industry Awards, also known as the trade Nibbies, and The Bookseller's own Retail Awards.

Neill Denny, editor-in-chief of The Bookseller, said: “The shortlist represents an exceptionally strong group of people and companies, all of whom have inspiring stories of excellence and creativity. We will be telling them over the next few weeks, ahead of unveiling the winners in May. We wish them all good luck.”
Winners will be announced at the awards ceremony on 17th May at the Royal Courts of Justice.

Read the full  shortlists here.
Posted by Beattie's Book Blog at 6:35 am