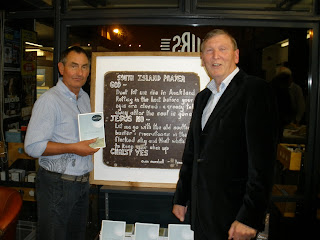 Both were launched by Patrick Evans in his inimitable manner, tricking the audience at the Owen Marshall evening by reading what we all assumed was an earlier poem by Owen. It was in fact part of a short story, thus demonstrating the lyricism of the writing whether it be prose or poetry. 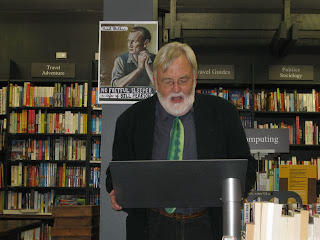 
At Paul’s launch he told how pleasing it is to have Paul and his young family as part of Canterbury University life, and the dedication he shows to his research and writing, and its relevance to the New Zealand canon.

Each event was attended by large and appreciative gatherings of colleagues, friends and family and the warmth and regard for each of the writers was evident
Posted by Beattie's Book Blog at 2:05 pm