Tuesday Poem and the Physiotherapist's Piano 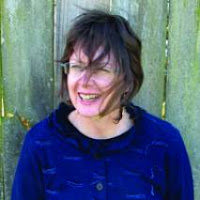 Tuesday Poem this week is a musical interlude with The Physiontherapist's Piano by NZ poet Jenny Powell, pic left. It is selected by this week's editor poet and artist Claire Beynon from Dunedin. She says of Powell's poem:

'Her poems do more than carry sound, suggest sound, express sound. They themselves sound. Her language and landscapes thunder and tinkle; they hum and blast and roar. Structurally and rhythmically, too, they seem to me like musical compositions.
No sooner had I read The Physiotherapist's Piano than I felt compelled to read it again. And then again. For me, this has something to do with the poet's observations of what might initially seem to be a quite ordinary moment of maintenance and repair and yet has all the hush and intimacy of a vigil.'

After reading about the gorgeous piano, the Tuesday Poem reader is invited to enter the world of the 'sidebar' where 30 Poets from NZ, the UK, the US and Australia reside. Each week they post a poem they've written themselves or one written by someone else they admire. This week, there are poems by US Poets Sylvia Plath and Amy Lowell - intense and patterned pieces that echo and re-echo long after reading, by Australia's Steve Smart - a short sharp shock (or should that be 'Chop!' of a poem), and by NZ's Robin Fry - a paean, astonishingly, on Lower Hutt.

And then there's more, much more: a haiku on spring rain, a poem on fairytales and what they do or don't do, and - to finish the musical interlude - a poem on a wedding dance. Come. Dance. 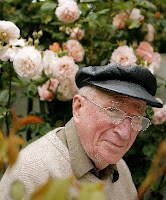 Oh. Are there two Tuesday poems?

This, and Helen Heath has Twittered an equally good Tuesday poem here:

Health Heath is a member of the Tuesday Poem Blog, in which member poets feature a poem every Tuesday. But there is also always a poem chosen by that week's editor on the Tuesday Poem hub, which this week is the poem by Jenny Powell, selected by this week's TP editor, Claire Beynon. So if you go the the hub, you will see Helen Heath's selected poem listed in the sidebar, with those of the other members of the Tuesday Poem group.