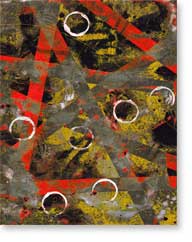 News that will interest NZ writers--Interliq has decided to publish the entire "A New Zealand Literary Showcase: 100 NZ Writers" between February-April 2011 inclusive, and with a launch event to be held in Auckland, in association with Creative New Zealand Toi Aotearoa, and within the context of the Auckland Writers & Readers Festival in May 2011.


More:
http://interlitq.wordpress.com/2011/01/24/a-new-zealand-literary-showcase-100-nz-writers-to-be-published-in-three-installments-february-april-2011-with-launch-event-in-auckland-in-may-2011/
Posted by Beattie's Book Blog at 7:39 am