The Lake of Dreams

Coming home is a familiar theme for both novels and movies. Unfinished business, old hurts, first loves – it’s fertile ground for any sort of story. And it’s where US writer Kim Edwards has chosen to go for the follow-up to her hugely best-selling The Memory Keeper’s Daughter. Since its release in 2007 that book has been enjoyed by over six million readers worldwide. I wasn’t among them. I found the story of a woman who raises a doctor’s secret Downs Syndrome child both ponderous and unlikely, and failed to see what all the fuss was about.

The Lake Of Dreams though is a different book and a different story. Lucy has been travelling the world and is living in Japan with her boyfriend Yoshi where she is unsettled by her lack of work as well as a series of earthquakes that have been shaking the area. When, back in the US, her mother is involved in a minor car accident, she heads home to the picturesque tourist town The Lake Of Dreams and the rambling house near the water where much of her family history has taken place. There she finds many things that remain unresolved. There are simmering feelings for an old love, there’s guilt over her father’s death, there’s family business conflict and eventually there’s also a mystery that becomes the teasing central theme of the story.

For while her mother is finally ready to move on from the past, Lucy finds herself immersed in it. She happens upon some fragments of letters and a beautiful old piece of woven cloth hidden away in the house and slowly uncovers their link to the mysterious life of one of her ancestors, Rose, her loss and heartbreak and her ties to a famous stained glass artist.

What I find with Edwards writing is that she has a fondness for minutiae – she feels the need to tell us about practically every last coffee Lucy drinks for instance– and perhaps that’s why the last novel seemed ponderous. But this time the writing style works, building up a sense of Lucy’s aimlessness as she mooches round her hometown trying to find a turning point for her life.

Woven in along the way there are lots of interesting scraps of history and information about the area where the story is set, the Finger Lakes region of upstate New York. There’s the appearance of Halley’s comet, the suffragette movement, the stained glass industry, American Indian rights, women’s rights etc etc.

Edwards balances all these elements well and the book wears its research fairly lightly. The result is a slightly whimsical, captivating tale with a satisfying ending. Great summer reading.

Footnote:
Nicky Pellegrino, a succcesful Auckland-based author of popular fiction, (The Italian Wedding was published in May 2009 while her latest, Recipe for Life was published by Orion in April, 2010), is also the Books Editor of the Herald on Sunday where the above review, and the Booklover peice below, were first published on 23 January, 2011. 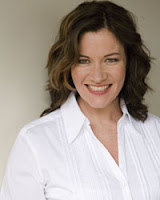 Booklover
Mary Lambie is a well-known broadcaster and businesswoman
The book I love most is...
I’ve loved loads of books but most recently thoroughly enjoyed Open: An Autobiography by Andre Agassi. Honest, pacey and full of surprises. Very well written and Agassi is utterly likable.

The book I'm reading right now is...
Blink by Malcolm Gladwell. He's the guy who brought us Outliers, The Tipping Point, What The Dog Saw. Blink is about the power of that initial two seconds of thinking - it happens so fast that we don't actually realise we are processing and drawing conclusions. Gladwell puts the case that we should take far more notice of the conclusions we draw from that first bout of thinking because they are powerful and more often than not right. He says there are dangers in overthinking in a slower, more conscious form . He's a bit out there but I like him and what he has to say.

The book I'd like to read next is...
The Slap by Christos Tsiolkas because I saw it in a little book store in the middle of Helsinki over Christmas and the woman at the counter said it was fabulous so I bought it. It's time for me to delve into some fiction.

The book that changed me is....
Bounce by Matthew Syed. It cemented the notion that effort is everything. If you want excel you have to practice - a lot . It's along similar lines to Malcolm Gladwell's Outliers which talks of the 10,000 hour rule. Do something – be it hit a ball, play the piano, run, play chess, study - practice that one thing for 10,000 hours the chances are pretty well certain you will be excellent at it. Syed also thinks talent is a myth - that "purposeful practice" is what makes people the best in their field.

The book I wish I'd never read is......
quite a few very poorly written autobiographies. I have been drawn to someone's autobiography because of their remarkable achievement or notoriety but have felt ripped off because they can hardly string a sentence together .
Posted by Beattie's Book Blog at 11:35 am

I loved the book and will read the other book next!