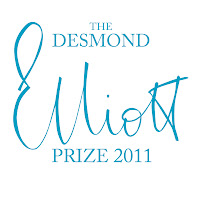 The judges for the Desmond Elliott Prize 2011 are announced today, Friday 28 January 2011. BBC broadcaster and presenter of BBC Radio 4’s Sunday Show Edward Stourton will chair the panel of judges and is joined by Fanny Blake, author and Books Editor of Woman&Home, and Amy Worth of Amazon.

Edward Stourton, Chair of judges comments: “My eldest son (who is 28) is publishing his second novel this summer - so I know at first hand how tough the publishing world can be for young writers. It is a privilege to be part of a project designed to encourage and recognise them. And a position that compels me to spend time reading new fiction really is irresistible.”

The Desmond Elliott Prize Facebook page also goes live today. The page will include news announcements about the Prize, updates on previous winners and longlisted authors, background information about the Prize, interviews with authors, book reviews and also links to press coverage about new fiction. 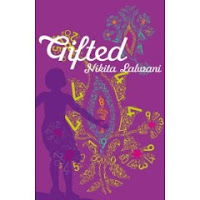 The Desmond Elliott Prize was launched in 2007 as a biennial award for a first novel published in the UK.
The inaugural Prize, won by Nikita Lalwani for her novel, Gifted, in June 2008 was so well received that the trustees were prompted to make it an annual award. 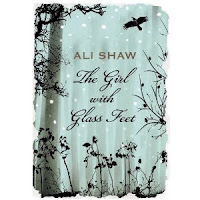 Other winners of the Prize include Edward Hogan for his novel, Blackmoor, in June 2009 and Ali Shaw for his novel The Girl with Glass Feet in June 2010. On winning The Desmond Elliott Prize 2010, Ali Shaw said, “I was filled with great thankfulness and astonishment when the novel won The Desmond Elliott Prize. I am grateful to both the judges and the Trust for awarding the Prize to The Girl with Glass Feet and in doing so allaying my fears.
For me the Prize means both financial support in order to carry on giving my all to my writing, as well as an immeasurable boost in terms of the confidence needed to do so. Writing is a strange affair, and the isolation necessary to accomplish it can sometimes mean that your own worst critic runs amok through your work. The award of the Prize offers me reassurance that things are on the right track, as well as providing me with the practical breathing space required to continue.”

The Prize was inaugurated in honour of publisher and literary agent Desmond Elliott, one of the most charismatic and successful men in this field, who died in August 2003. He stipulated that his estate should be invested in a charitable trust that would fund a literary award “to enrich the careers of new writers”. Worth £10,000 to the winner, the Prize is intended to support new writers and to celebrate their fiction.

The judges will look for a novel of depth and breadth with a compelling narrative. The work should be vividly written and confidently realised and should contain original and arresting characters. Entries will be considered from all fiction genres. The 2010 shortlist reflected the diversity of new writing, with Maria Allen and Jacob Polley in contention with Ali Shaw.

This year’s longlist of ten books will be announced in late March, followed by the shortlist of three books in May. The winner of the Desmond Elliott Prize 2011 will be announced on Thursday 23 June at an award ceremony held at Fortnum & Mason, Piccadilly, London.
Posted by Beattie's Book Blog at 6:11 am