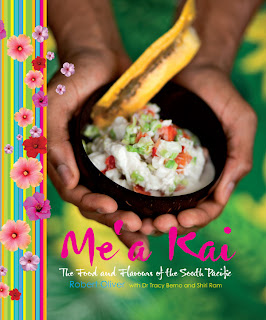 New Zealand authors Robert Oliver and Travey Berno are in exalted company. Their groundbreaking 2010 cookbook, Me’a Kai: The Food and Flavours of the South Pacific, is one of the four finalists in the ‘2010 Gourmand World Cookbook Awards’, to be announced in Paris on March 13. 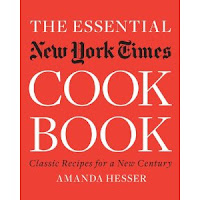 “To be in competition against NOMA – one of the most talked about cookbooks in year by a chef who is widely believed to be the greatest chef in the world at present — is just astounding,” says Me’a Kai’s publisher, Nicola Legat, the publishing director of Random House New Zealand. “Not to mention the fact that the New York Times Cookbook is an instant classic, a truly remarkable book.”

“Me’a Kai has won through to the finals because the judges could see the soul behind it,” she believes. “It’s so much more than a cookbook. It’s a celebration of the home cooking of the Pacific, of food that is all too rarely available to the visiting tourist and that is miles away from the corned-beef-and-taro stereotype that some visitors have. It’s also a book that argues that if this food was celebrated and offered more, then the Pacific would experience a rise in economic activity and sustainability.”
Posted by Beattie's Book Blog at 3:15 pm