Authors rewrite the book on self-publishing

It's more popular than ever, but success depends on more than writing.
By Kim Ode, Star Tribune, January 29, 2011 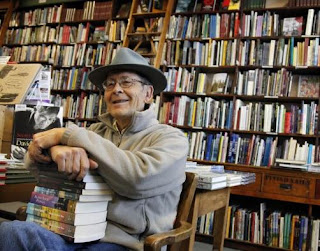 Stanley Gordon West, 78, a self-published author who was plucked up by a major publisher. Tom Wallace, Star Tribune

Not so long ago, the way to get a book published was clear: Submit your work, twiddle your thumbs, get back the manuscript, send it out again. Eventually, if you were very good, or very lucky, a publisher would bite and, eventually, you'd be holding a book, no longer a mere writer, but an author.

Today, the digital world has ignited self-publishing, changing everything. Why wait for New York when you can plunk down your money and get a finished book in just a few months?

In the Twin Cities, a growing number of "contract publishers" offer a variety of services for a fee, from professional editing to layout and cover design to help with marketing and distribution.

Brio, a contract publisher in Minneapolis, published 200 books last year. It could have published more, founder William Reynolds said, but he is willing to turn away some authors, telling them if their manuscripts are, well, awful. Just as some authors resist self-publishing to avoid the taint of a "vanity press," more self-publishers want to avoid the reputation of publishing anything for a price.
"It's not fun to be a dream crusher," Reynolds said. Yet he regards dream-crushing as one of his more valuable services. Authors should expect to spend as much as $20,000 "to do it right," he said. "So if I'm going to be a dream-crusher, it's medicine that's got to be taken, because there are thousands of dollars on the line."

Even so, the move to self-publish "is not going to plateau anytime soon," he said. He likened it to how Chianti, in its trademark straw basket, was once perceived as cheap wine. Vintners improved its quality and began bottling it without the traditional fiasco. Its reputation rose.
"Chianti shed its wicker basket," Reynolds said. "Self-publishing, metaphorically, has nearly done the same."

Read the rest at Star Tribune.
Posted by Beattie's Book Blog at 4:08 pm