New poet wins the chance to have his first collection brought out by Picador, and edited by Don Paterson 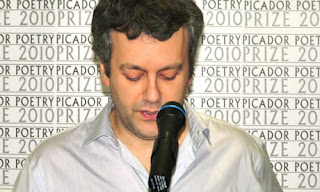 
The first ever Picador poetry prize has been awarded, with the prize that every new poet will envy – a debut collection to be published by Picador – going to Richard Meier. The prize recognises the best new, previously uncollected poetry in the UK, and is awarded to a representative selection of the poet's work.

Meier will receive an advance for the collection, which Don Paterson – poet and editor of the Picador poetry imprint, who chaired the prize jury – will edit. Paterson said that "while there was so much to admire in the work of everyone on the shortlist, in the end it was Richard Meier's quiet strangeness, the uncanny precision of his ear, and the tenderness and clarity of his address that made us want to read his poems again and again; and each time we returned to them we found there was more to discover, more to be moved by."

Meier was born in 1970 and studied piano at Chetham's School of Music, although he now works in the policy department of a mental health organisation, having completed a Masters in Psychoanalytic Studies. His poems, which include a striking sequence on conception, pregnancy and birth from a father's point of view, have previously been published in a number of leading poetry magazines, including the Rialto and the Reader, and was also selected for the 2002 Oxford Poets Anthology.

Joining Paterson on the judging panel were poets Jackie Kay and John Stammers, and the editor of the Guardian's books website, Sarah Crown.

Picador publisher Paul Baggaley said: "We are proud to be showcasing new voices and it is a pleasure to welcome Richard to the list."

The Guardian
Posted by Beattie's Book Blog at 7:45 am