The award from the Crime Writers’ Association (CWA), which is sponsored by Cartier, honours outstanding achievement in the field of crime writing.

The award, the 26th time the Dagger has been presented, will be presented by Cartier UK’s Executive Chairman Arnaud Bamberger at a date and venue yet to be arranged.


Lindsey Davis (photo above - Michael Trevillion) was born and brought up in Birmingham, read English at Oxford, then joined the civil service, which she left in 1985. Her first novel, The Silver Pigs, published in 1989, introduced her hero Marcus Didius Falco and his long-suffering partner Helena Justina. Starting as a spoof using a Roman 'informer' as a classic, metropolitan private eye, the series has developed into a set of adventures in various styles which take place throughout the Roman world. 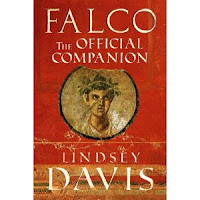 2009 saw the publication of Rebels and Traitors, set in the English Civil War and Commonwealth. Nemesis, the 20th Falco novel, and Falco: The Official Companion were published in June 2010.

The Cartier Diamond Dagger is the latest award for Lindsey. The Silver Pigs won the Authors' Club Best First Novel award in 1989, and she has also won the CWA Dagger in the Library and the inaugural Ellis Peters Historical Dagger. Her hero Falco has won the Sherlock Award for Best Comic Detective. Her books are published in the UK and US, and translated into many other languages. Audio readings and Large Print versions are made. BBC Radio 4 has produced successful drama serials of the early books, dramatised by Mary Cutler and starring Anton Lesser as Falco and Anna Madeley as Helena.

She has been Chair of the UK Crime Writers' Association and Honorary President of the Classical Association. In 2009 the city of Zaragoza awarded her its International Prize for a career of writing historical novels, the Premio de Honor de Novela Histo rica Ciudad de Zaragoza. In 2010 the city of Rome honoured her with the Premio Colosseo for ‘enhancing the image of Rome’.

Lindsey said: “When I heard about this I had just been awarded the Premio Colosseo, so I was already reeling. The Diamond Dagger is the ultimate accolade for a crime author, because it is given by fellow-writers and is not just for one book but your work as a whole over the years. I am absolutely delighted and honoured to receive the Cartier award."

Tom Harper, Chair of the CWA, said: “This is the highest award the CWA can bestow and Lindsey Davis is a worthy winner. Her novels have long delighted her worldwide band of followers and the Dagger is a fitting recognition of her achievements.“
Posted by Beattie's Book Blog at 5:43 am