The Real Story of "O"

by Robert McCrum - The Daily Beast

Robert McCrum is an associate editor of the Observer and the author of Globish: How the English Language Became the World's Language.


No, it's not about who the author really is, but as Robert McCrum writes it's the storied history of anonymous authors—and the perils of playing with fame. 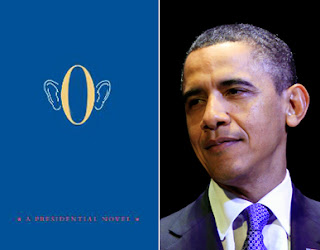 
In February 1663, the London printer John Twyn was sentenced to the most terrible fate ever meted out to a man of letters: he was to be hanged, drawn and quartered. Twyn’s offence? He had not written, but had dared to print, a seditious pamphlet which justified the right of rebellion against the king.
The pamphlet was anonymous.

No one believed that Twyn had written it, only that he had transformed it from manuscript into print. In his condemned cell, he told those who begged him to confess the source of the treason (and get off) that “it was not his principle to betray the author.” The next day Twyn’s head was duly placed on a Ludgate spike. His quartered carcass was impaled above other London city gates.

O: A Presidential Novel By Anonymous 368 pages. Simon and Schuster.

As Washington watches agog at the publication of the anonymous roman a clef, O: A Presidential Novel, John Twyn’s horrible fate is an apt reminder of the historic perils of authorship, the price of anonymity, and the frenzy it used to arouse in the early days of the printed word.

Today, in virtually any chain bookstore, the piles of Bush, Palin, Grisham, or Franzen, seem to demonstrate one simple equation: books equal a joyous, uncomplicated celebrity. In the age of Nook and Kindle, books and writers, like little bubbles of self-assertion, intoxicated by the oxygen of publicity, revel in the high winds of fame. Actually, this is a comparative novelty. Writers used to go to extraordinary lengths to remain anonymous.

With good reason. Books were a matter of life and death. Immediately after the introduction of the printing press, writers who challenged religious or political orthodoxy were in mortal danger. Translations of the Bible, especially, offered a short route to oblivion. Tyndale was burned at the stake. Lower down the slopes of Parnassus, even Shakespeare published anonymously.