The ALA presented their many Youth Media Awards this morning on the closing day of their winter meeting in San Diego. 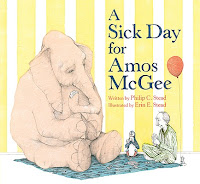 The Newbery medal went to MOON OVER MANIFEST, by Clare Vanderpool; the Caldecott went to A SICK DAY FOR AMOS MCGHEE, illustrated by Erin Stead, and written by Philip Stead. 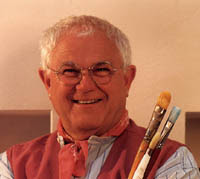 Among other honorees, Tomie dePaola (left) won the Laura Ingalls Wilder Award for "a substantial and lasting contribution to literature for children."

For the complete list of medalists and honor books, check the ALA site here.

Author Clare Vanderpool has won the John Newbery Medal for the most outstanding contribution to children’s literature for her book, Moon over Manifest. The award was announced at the American Library Association Youth Media Awards in San Diego.

Follow this link to read free samples of the winning titles. Four other titles were named as Newbery Honor Books: Turtle in Paradise by Jennifer L. Holm, Heart of a Samurai by Margi Preus, Dark Emperor and Other Poems of the Night by Joyce Sidman, illustrated by Rick Allen and One Crazy Summer by Rita Williams-Garcia.

In addition, A Sick Day for Amos McGee, written by Philip C. Stead and illustrated by Erin E. Stead, won the Randolph Caldecott Medal for the most distinguished American picture book for children. Ship Breaker by Paolo Bacigalupi won the Michael L. Printz Award for excellence in literature written for young adults.

Finally, the Coretta Scott King (Illustrator) Book Award recognizing an African American illustrator of outstanding books for children and young adults went to Dave the Potter: Artist, Poet, Slave, illustrated by Bryan Collier and written by Laban Carrick Hill. One King Illustrator Honor Book was named: Jimi Sounds Like a Rainbow: A Story of the Young Jimi Hendrix, illustrated by Javaka Steptoe and written by Gary Golio.
Posted by Beattie's Book Blog at 6:48 am

Congratulations to Australian-based NZ writer Karen Healey whose Guardian of the Dead (Allen & Unwin/Little Brown) was a finalist for the ALA William C Morris Award for a debut book published by a first-time author writing for teens http://www.karenhealey.com/about-karen-3/biography/

I'm really happy that Dave the Potter got a nod! I love those kind of unsung hero picture books.