AUCKLAND - A TOXIC ENVIRONMENT FOR HERITAGE

Cultural curmudgeon Hamish Keith is most upset at the rate of destruction of heritage buildings in his home city. 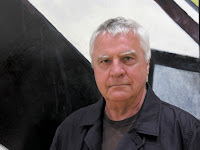 It has always troubled and puzzled me that Auckland is such a toxic environment for Heritage. Not only do heritage buildings stand here in constant danger of obliteration, but there sometimes seems to be an active conspiracy to demolish them without debate.


A conspiracy abetted or at least egged on, by a council of inert, misinformed or just plain stupid local body politicians.

The list of the disappeared is horrifying.
Among them irreplaceable buildings like His Majesty's Theatre, Jean Batten Building, The Salvation Army Citadel and Coolangatta with The Saint James and The Mercury on death row.

Almost all the fine old corner pubs from the 19th Century have gone.
Of other defining buildings in the CBD only a facade remains.

Had the council had its way we would have lost 23 heritage buildings in Britomart, the Logan Campbell kindergarten and the Rob Roy Hotel.

In architectural terms the "Spanish Mission" villas on Turua Street are not in the same league, but they do have heritage values and they do define the character of a neighborhood.
More to the point they are a surviving group of houses which are a fine example of the work of a leading villa designer of the early 20th century, William Henry Jaine. A architect who also has the exterior of the Takapuna Grammar School to his credit.
It is no surprise that a member of the public and not the council that offered that significant piece of information. Council staff descriptions were derelict villas beyond repair. 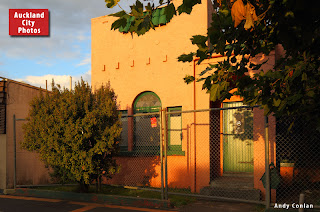 Today the fate of the Turua St houses will be sealed or prolonged in the Environment Court.
But the question remains: why did this dispute end up there and why didn't the new, self-proclaimed heritage friendly Auckland Council and its mayor Len Brown effectively intervene long before.

The answer is simple.

Like every limp-wristed Auckland council before them they were panicked by their staff in believing they couldn't and that it would cost them millions to do so.
At the same time they had the wool pulled over their eyes about how non-notified resource consent was granted after an earlier notified application which had attracted a 100 or so objections had been withdrawn.

To me that piece of planning sleight of hand seems dodgy in the extreme.
We should press the Mayor and the Council to explain and explain now.

One City - Many Voices
Posted by Beattie's Book Blog at 12:57 pm

Thank you for this post. You have hit the nail on the head but, sadly, as of today, the developer has won the right to demolish the whole street. I feel so ashamed of this city and its gutless, philistine council. No wonder the rest of NZ smirks when they talk of Auckland. Soon there will be nothing left of St Heliers. If you look at the original St Heliers heritage walk nearly everything on it has now gone. And, yes, questions need to be asked but I doubt whether they will be answered or if they are it won't be honestly.

I would like to have the detail of the St Heliers Heritage Walk - can you snail mail it to me I am in the phone book. Worth writing somethiig about

I'll have it in the mail to you today. Thank you so much for taking an interest, you are highly respected and have an impeccable pedigree in this area. I feel so impotent in the face of big money and ego driven developers. I believe the Auckland City Council has been underhand and in derelection of its duty towards the ordinary citizens of this city.

The sad thing is that 2 families have a stranglehold on St Heliers and I am sure there are more horrors to come. If you get the chance take a look at what is happening there. I am sure you will be as shocked as I am.