THREE CONTRASTING COOKBOOKS - TWO FROM NZ & ONE FROM THE U.K. 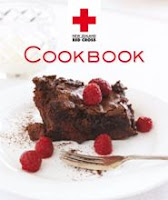 Going back 90 years NZ Red Cross has a long tradition of publishing cookbooks at local, regional and national level as a means of fundraising for the wonderful work the organisation carries out worldwide.

I wager this latest book with its spectacular food photography by Shaun Cato-Symonds is the most impressive yet, it is quite outstanding. To be launced next Wednesday, 29 October 2008, at the Hyatt Regency Hotel in Auckland with a three course lunch based on recipes from the cookbook when a range of celebrities will be putting their cooking skills to the test as they whip up the desserts. Details on the lunch here.
The bargain price for this new title of $29.95 is possible as it has been designed and published as a gift in kind by Gourmet Food Publishing and the voluntary support of Pead PR.
Help a great humanitarian cause and get a special new cookbook to boot! 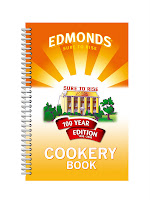 EDMONDS COOKERY BOOK - 100 YEAR EDITION
Distributed by Hachette Livre. $29.99
This is the latest editon, the 61st (!!), of this iconic NZ publication. Essentially the same book but with a new centennial cover and in hardback. Give the kids one as they leave home. At somewhere between three and four million copies sold it is the biggest selling book ever in NZ publishing history - speaks for itself really. 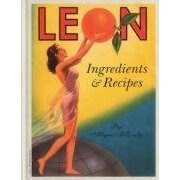 I imagine this book will sell by the truckload in London where the restaurant chain,(nine Leons in London with one to open shortly in Bath), has won a string of awards for its tasty and healthy fast food since opening in 2004.
Leon co-founder, chef, and food writer, (she has a weekly column in The Guardian), Allegra McEvedy now generously takes us behind the scenes at LEON and reveals some of their secrets. In the first half of her handsome hardback she tells us of the ingredients they use - the cuts of beef, the types of cheese, wonderful sections on vegetables, fruit and herbs etc, and then in the second half are the real gems - the recipes. I have made two so far and both have been a triumph, especially the hummus, even if say so myself. And tonight I am making Chicken Asparagus & Lemon Cassoulet. Yummy.
If you are a collector of special cookbooks, like me, then fork out for this one, if you are not then put your name down for it at your local library. It is a very interesting book with loads of reading within, including a brief history of LEON's brief history.
When I am in London next my first lunch is going to be at LEON. I am a convert without having yet been there!
Posted by Beattie's Book Blog at 10:50 am