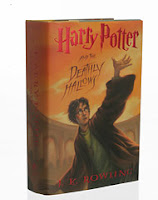 By Martin Beckford and Urmee Khan writing in the Telegraph, 25 Oct 2008
Professor Richard Dawkins plans to find out if stories like Harry Potter have a "pernicious" effect on children.
The prominent atheist is stepping down from his post at Oxford University to write a book aimed at youngsters in which he will warn them against believing in "anti-scientific" fairytales.
Prof Hawkins said: "The book I write next year will be a children's book on how to think about the world, science thinking contrasted with mythical thinking.
"I haven't read Harry Potter, I have read Pullman who is the other leading children's author that one might mention and I love his books. I don't know what to think about magic and fairy tales."
Prof Dawkins said he wanted to look at the effects of "bringing children up to believe in spells and wizards".
"I think it is anti-scientific – whether that has a pernicious effect, I don't know," he told More4 News.
Read the complete piece at the Telegraph online.
Posted by Beattie's Book Blog at 5:35 am