Following up a stunning debut with better work is a huge challenge but Sonja Yelich, a born-and-bred New Zealand woman, has trumped her prize-winner Clung (AUP, 2004) with get some – a tour-de-force poetry collection imagining the life of a male American marine in the Iraq war and that of his family back in the States. (get some is a term used by Marines to mean ‘go get some kill’.)

Sonja, who spent months researching every detail of her new book, says, ‘get some is a virtual war that I wove together from a bricolage of the internet, radio, print & TV. The internet proved most graphic and therefore most useful. get some is about creating my own war story from fact, distortion and YouTube. 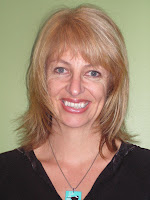 ‘As I am not an American I wanted to retain my own voice – and to a certain extent the language is a blend of tongues and vernaculars.’

Speaking at the launch, Auckland University Press Director Sam Elworthy, who lived in the States for 15 years until 2007, said, ‘She has really pulled this off. Sonja gets American culture note perfect. She doesn’t put a foot wrong.’

Get some has just been launched at Paradox Books in Devonport by local identity and NewstalkZB presenter Danny Watson.

Edgar is a United States marine in bad need of a wash and a gun. The deeper he is lost running around the streets of Baghdad, the filthier he gets; the war he is fighting is vastly different from his computer games and war films.
In get some, we follow Ed in Iraq and the responses of his brother, mother and girlfriend to his tour of ‘doody’ – but other voices break through the perpetual static of gunfire and electronic noise. Yelich serves up a whirlwind of perspectives on the war and on contemporary American life from The Sopranos to Black Hawk Down, You Tube to SUVs. The family narrative fragments through the book as the horror and confusion of war deepens and we are left guessing as to Ed’s eventual fate.

At turns chilling, funny, deeply sad and immensely thought-provoking, get some is the work of a writer able to express the atrocity of war and potential for violence in everyday life.

Sonja Yelich was included in AUP New Poets 2 (AUP, 2002) and her first solo collection, Clung (AUP, 2004), won the New Zealand Society of Authors Jessie Mackay Award for the Best First Book of Poetry at the Montana New Zealand Book Awards in 2005. She lives in Auckland’s North Shore suburb of Bayswater with her partner and children.

Get Some by Sonja Yelich
Published by Auckland University Press
PB; RRP $24.99
Posted by Beattie's Book Blog at 4:03 pm