Last year, in the gleeful afterglow of his deal for The Wall Street Journal, Rupert Murdoch agreed to cooperate with Michael Wolff, a columnist at Vanity Fair and a longtime chronicler of the media scene, for a book about Mr. Murdoch’s career and family. 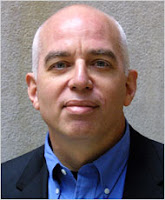 Marilynn K. Yee/The New York Times
Michael Wolff, (left), the author of a biography of Rupert Murdoch.
Now, with about six weeks to go before publication, Mr. Murdoch has raised objections with Mr. Wolff and his publisher about portions of the book, titled “The Man Who Owns the News: Inside the Secret World of Rupert Murdoch,” that suggest that Mr. Murdoch is at times embarrassed by Fox News, which he owns, and its chief executive, Roger Ailes, and that he often shares “the general liberal apoplexy,” as Mr. Wolff writes in the book, toward Fox News and its perceived conservative slant.
In early October Mr. Murdoch obtained an early draft of the book, despite a tight embargo on the manuscript, and has raised objections with Doubleday, a division of Random House, about what he said were inaccuracies in the way Mr. Wolff describes relations between Mr. Murdoch and two of his top executives — Mr. Ailes and Peter Chernin, the president of News Corporation. “I’m obviously annoyed that they’re looking at an early version of the book, and a purloined one at that,” Mr. Wolff said in an interview. “In essence News Corp. is holding stolen goods.”
Read the full story at the New York Times online.
Posted by Beattie's Book Blog at 8:50 pm