Discounted Evans and Clarkson are early chart-toppers on the iPad 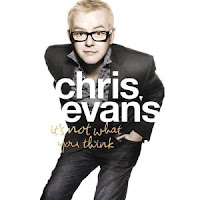 Chris Evans' memoir, It's Not What You Think (HarperCollins), is the early ebook bestseller at Apple's iBookstore. The book, recently released in a mass-market format with an r.r.p. of £7.99 has been selling at around £5.20 at UK bookshops on average in recent weeks. But at a bargain £3.99, the ebook has shot to the top of the UK iBooks chart.

Publishers from Hachette UK, HarperCollins and Pan Macmillan have backed the launch of the iPad, describing it as "an important milestone" for the trade. But it remains unclear what the wider affects of the agency model will have on digital pricing with some titles still cheaper on Amazon.com's Kindle store than on the iBookstore.

And a US view:
iPad Takes the World
PublishersLunch 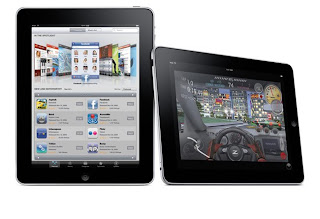 Apple's iPad released today in major book markets included UK, Canada, Australia, Japan, and Germany--plus France, Italy, Spain and Switzerland. Though the UK iBookstore launch was preceded by worried speculation that UK publishers were concerned aspects of Apple's contract might run afoul of local pricing laws, lo and behold, Ye Agency Foure (Hachette UK, Penguin, Pan Macmillan and Harper UK) are all participating. The smallest of the group, Simon & Schuster UK, is not currently participating. Spokesman Adam Rothberg confirms that they are "working toward" that and "hope to be up and running in the UK in the near future." But no other UK publishers are known to have a direct relationship with Apple yet, and again Random UK is sitting on the sidelines.

According to screen captures, prices reflect the same overall higher price level of books in the UK. The price points are familiar--11.99 (David Mitchell's latest); 13.99 (a Bernard Cornwell release); 9.99 (a Tony Parsons title)--but in pounds instead of dollars, that means the titles are roughly 50 percent more than US customers enjoy.

And another US view:
iPad UK Launch: What Does It Mean for European Publishers?
By Jason Boog on May 28, 2010
Galley Cat

Today's guest on the Morning Media Menu was Ed Nawotka, the editor-in-chief of Publishing Perspectives--a news site dedicated to covering the global publishing industry. He discussed socially networked reading in China, international launch of the Apple iPad, and the evolving role eBooks play in the European publishing industry.
More at Galley Cat
Posted by Beattie's Book Blog at 7:31 am