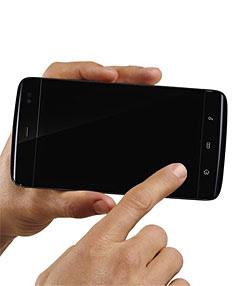 Dell said its Streak tablet computer can double as a mobile phone and will have a front-facing camera for videoconferencing - features it hopes will help the new gadget compete against Apple's iPad.

The five-inch tablet will debut in Britain next month through mobile carrier O2, a unit of Spain's Telefonica, and Carphone Warehouse. Dell has yet to announce pricing for the Streak, which it said will appear in the United States sometime during the summer.

The company formally unveiled the Streak on Tuesday, after Chief Executive Michael Dell gave the tech world a glimpse of the tablet at a conference two weeks ago in San Francisco.

Dell will become the first major electronics maker to take on the 9.7-inch iPad with a device that runs on Google's Android operating system, more commonly found on smartphones.

"It's portable and mobile. You can put it in your pocket," said IDC analyst Will Stofega, who has tried out the device. "It is interesting and infinitely usable."

Android is gaining ground on the iPhone in the smartphone market, but it is not yet clear whether Google and Dell will be able to take on Apple in the tablet market.
Posted by Beattie's Book Blog at 8:52 am