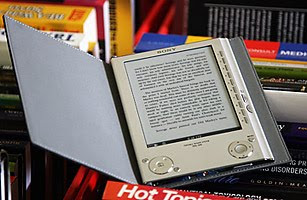 More than 700,000 e-books sold through Waterstone's

Waterstone's has revealed it has sold more than 700,000 e-books and 60,000 e-book readers since it first started selling them in September 2008.

At Waterstone's supplier conference, held in north London yesterday (24th May), head of e-commerce David Kohn told publishing delegates Waterstone's believed e-books would account for 8% of the book market by 2013. "It's something that could be the greatest single opportunity, not just for Waterstone's, but for everybody here."

The retailer plans to double space devoted to e-book hardware in its stores, although nottimescale for completion was given. Kohn said he hoped Waterstone's would sell new innovations in the e-book device market, whether it was tablet devices or a reader that could be sold for less than £100. He said: "Whatever people are reading on that's what we will be selling."

Kohn hailed the increase in quality of the books available as e-books over the past 12 months and said e-book sales had grown by 100% during that period. He said he anticipated the same level of growth during the next year. He added though: "We need your help to stay the leading player in the marketplace."

Around 200 publishers and sales directors attended the event in north London hosted by Waterstone's.
Posted by Beattie's Book Blog at 6:52 am