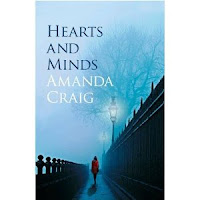 A vivid portrait of a time and a place, I can see exactly why UK author Amanda Craig’s sixth novel was longlisted for the 2010 Orange Prize (sadly it didn’t make the cut to the shortlist).

The story is set in pre-credit crunch London and opens with the body of a young woman being dumped in the Hampstead Heath Ponds. While not strictly fitting into the crime genre, the girl’s identity, why she died and the lives of those she knew form the backbone of the novel.
What Caig pulls off is clever and risky. She moves from one apparently disparate character to another, chronicling their hopes, tragedies and frustrations and slowly revealing their connections until finally showing the skein that holds them all together.
Polly is a human rights lawyer and single mum, struggling to balance kids with work and wondering why her au pair has suddenly disappeared. Ian is a young teacher, a South African expat, dispirited by his job in a low decile school, wary of being trapped into marriage by his girlfriend and in London to make an important connection. Job is a Zimbabwean refugee working every hour he can to send the money home to his family, despairing of whether they are safe. Anna is young, pretty and from the Ukraine but her promise of a new life in London turns out to be a lie and she is forced into prostitution. Katie is American, suffering from a broken heart and working on an eccentric artsy political magazine.
Craig layers on the details of these character’s lives, using them to hammer home what she has to say about a variety of social issues while somehow managing not to drag down the pace of the narrative. Her writing is witty when it could easily be didactic, satirical rather than spiteful.
I’ve read several other fictions based on the stories of London’s unwanted – and yet much needed – sub-class of migrants but this one holds its own. The fact Craig suffered a life-threatening illness and multiple surgeries during the writing of it makes the achievement all the more remarkable.

While Hearts And Minds links with two of her previous novels, its not a sequel and can be read independently. I’d recommend it because it’s one of those rare novels with scope and intelligence that keeps you turning the pages as avidly as if it were a more conventional crime novel.

Footnote:
Nicky Pellegrino,  a succcesful author of popular fiction, (her former title The Italian Wedding was published in May 2009 while her latest, Recipe for Life was published by Orion in April, 2010), is also the Books Editor of the Herald on Sunday where the above piece was first published on 30 May. 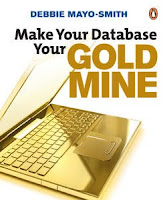 Debbie Mayo-Smith is a motivational speaker and bestselling author of books including recent release Make Your Database Your Goldmine (Penguin, $40.00)

The book I love most is... An old one called The Power Of Your Subconscious Mind by Dr Joseph Murphy. It's all about positive thinking. I used it with my second pregnancy. I said to myself, right we're going to have twins, a boy and a girl. And that's exactly what happened. With my third pregnancy I was too busy to do my positive thinking and ended up with triplets.

The book I'm reading right now is... I normally read crime novels as that's the genre I love. Give me a Reginald Hill, the Kellermans, Ian Rankin or Patricia Cornwell any day. However when in Australia a few weeks ago I saw the movie The Green Zone (with Matt Damon) and then was stuck in an airport for an extra two hours so bought the second in the  Bourne Trilogy by Eric Van Lustbader. It was poorly written but visions of Matt kept me zipping  through the 969 pages.

The book that changed me is...The Presentation Secrets of Steve Jobs by Carmine Gallo. Steve Jobs is a master at presentations and this book dissected this, showing the techniques he uses. It brought out a couple of points that I use in my presentations and writing now such as coming up with good analogies and metaphors (his famous one is the iPod is like having a thousand songs in your pocket).

The book I wish I'd never read is....That Dawn French autobiography, Dear Fatty. I had such high expectations about it being funny. But it wasn't even interesting. I gave it away after trying to persevere through the first 100 pages.
Posted by Beattie's Book Blog at 12:35 pm