RICK Gekoski, bookseller, collector, broadcaster and writer, was talking at the Sydney Writers’ Festival last weekend about his time as a Booker Prize judge. Gekoski is the man who championed one of the more controversial Booker picks, John Banville’s The Sea, in 2005.
Many commentators lambasted the judges, notably Boyd Tokin, literary editor of The Independent, who called it ‘‘the most perverse, and perhaps the most indefensible choice in the 36-year history of the contest’’ and said Banville’s prose ‘‘exhibits all the chilly perfection of a waxwork model’’ and The Sea was ‘‘an icy and over-controlled exercise in coterie aestheticism’’. 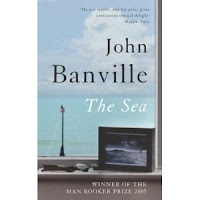 Gekoski doesn’t resile from his view that The Sea is a great work of art. An the Booker people don’t mind him: he is chairing the panel of judges for the 2011 Man Booker International prize on which he will be joined by the London-based Australian publisher Carmen Callil and novelist Justin Cartwright.
The £60,000 ($A105,000) prize is given for a body of work. Gekoski will be at the Sydney Writers’ Festival next year to announce the winner.

Footnote.
Gekoski was a stand-out performer at the Auckland Writers & Readers Festival the week before Sydney so I hope organisers have noted his presence at next year's Sydney Festival and invited him to return to New Zealand while in the neighbourhood?
Posted by Beattie's Book Blog at 6:22 am