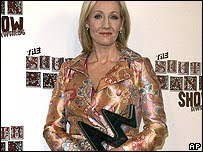 Neil Blair, partner at the Christopher Little Agency (CLA) which represents Rowling, said the agency was “currently considering all the options and opportunities that this evolving space provides”. The agency was “actively” looking, whereas previously it had just been “monitoring the developing area”, he said.

Richard Charkin, executive director of Rowling’s print publisher Bloomsbury, declined to comment on whether Bloomsbury was in discussions with the author on e-book plans, saying: “That’s between us and CLA.”

Waterstone’s e-books buyer Alex Ingram said: “Our customers have been asking for Harry Potter on e-book since we launched digital books on Waterstones.com in September 2008. So have we, and it’s great that we may be about to get our wish come true.” He added: “I’ve no doubt [Rowling’s]  about to change our perceptions of what level of sales e-books can achieve.”

Peter Collingridge of Enhanced Editions said the question for any agent was who the best partner was in each new media territory. “Is it the print publisher, an app developer, a computer games company?” he said. 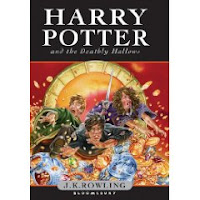 The Florida-based theme park, “The Wizarding World Of Harry Potter”, built in collaboration with Rowling, will open on 18th June. Meanwhile, the first film in the two-part adaptation of the final Harry Potter novel, Harry Potter and the Deathly Hallows, will be released in November, when Bloomsbury will publish the Harry Potter novels with new jacket designs.
Posted by Beattie's Book Blog at 7:40 am