Penguin restructuring to cost publisher £10m in second half
28.07.09 Benedicte Page in The Bokseller
The Penguin Group will take a £10m profit hit in the second half of its year because of the restructuring announced earlier this month at its UK headquarters. Yesterday (27th July) Penguin unveiled a 23% downturn in operating profits but Penguin chief executive John Makinson said he thought the market ha 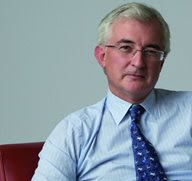 d "flattened" since the worst of the autumn, though he admitted illustrated reference and first time novelists were still having it tough.
The decline in profit to £21m followed sales that rose to £452m thanks to favourable exchange rates, but which fell 8% at constant rates. The result pushed the group's first-half profit margin down to 4.6%, compared with 6.4% achieved over the same period last year. In its last full-year Penguin made a profit of £93m on sales of £903m, pushing it above its double-digit target for the first time in five years.
Makinson would not say whether Penguin would be able to meet that target for a second consecutive year. The publisher announced at the beginning of July that 100 jobs would go at its UK headquarters, with Makinson saying that the cost of this to be taken against Penguin's second-half profits. Makinson said: “The cost of redundancies and reorganisation will make an impact of about £10m on operating profit in 2009 but we will get the benefits of the reorganisation to the business in 2010.”Penguin pointed to a strong second half of the year, with a new Jamie Oliver, Jamie’s America and Ant and Dec’s autobiography Oh What a Lovely Pair! It also has new fiction titles from Marina Lewycka, Nick Hornby, Clive Cussler, Marian Keyes, Jane Green, a new Adrian Mole from Sue Townsend and Eoin Colfer’s Hitchhiker sequel And Another Thing.Makinson, though, suggested that the worst of the recession could be over. "We have now been trading through this difficult climate since October last year and there is a bit more visibility in the market than there was, and a bit more confidence in how the trade market has responded [to the downturn]." He added that a "fall of 2-3% is not bad, as an industry". He said: "The rate of decline has slowed and the market has flattened, compared to a year ago."But he warned that consumers were being "more price conscious and risk averse, which is good for repeat bestseller authors, practical books, books explaining the downturn, children's books, and books which offer exceptional value such as the classics". But added: "The same pattern means that first-time novelists are harder to break through and is bad news for illustrated reference, which is relatively expensive and relatively discretionary because of competition from free material on the internet."
Posted by Beattie's Book Blog at 9:57 pm