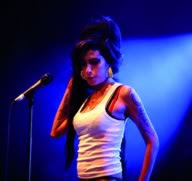 24.07.09 Victoria Gallagher in The Bookseller
New Holland is to publish an authorised biography of Amy Winehouse this Christmas as the publisher looks to expand its mainstream offer in the wake of flagging sales within its core travel, reference and lifestyle markets.
Saving Amy by celebrity interviewer Daphne Barak will use six months of in-depth and exclusive interviews with Winehouse and her family conducted in St Lucia.
The book will look at the singer's life as a child, her rise to fame and her fall into the depths of addiction. Publicity and marketing manager Lorraine McGee said that the title would be more "mainstream" than any of its previous titles, "it's a direction that we want to go in", she added.The book will be written from Barak's point of view and will also include photographs. A filmed documentary consisting of the interviews with Winehouse and her parents will be shown at the Sundance Festival in January. Saving Amy will be published in paperback and priced at £9.99. The exact publication date is yet to be confirmed but the book is due out in October or November and is New Holland's lead Christmas title.
According to Nielsen BookScan, New Holland's retail sales have dropped 14.7% to £1,235,942 in the first 24 weeks of the year (to 13th June), with travel and food and drink among the hardest hit sectors across the TCM. Managing director Steve Connolly said that the list was changing. "The New Holland publishing team have worked hard over the last year to build a frontlist that can excite us, the booksellers and the readers. It has worked well and we expect to have a strong Christmas season." Connolly added that Saving Amy was "an indication of where we want to build the New Holland list of the future".
This will be Barak's first book. She has previously interviewed hundreds of high-profile figures including Michael Jackson, Mother Teresa and Hillary Clinton.
Posted by Beattie's Book Blog at 2:20 am