The judges for the 2009 Man Booker Prize for Fiction today, Tuesday 28 July, announce the longlist for the prize, the leading literary award in the English speaking world.
A total of 132 books, 11 of which were called in by the judges, were considered for the ‘Man Booker Dozen' longlist of 13 books. 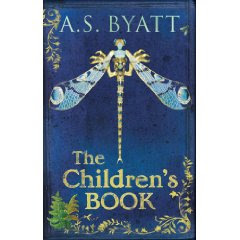 Byatt, AS - The Children's Book - Random House - Chatto and Windus

Hall, Sarah - How to paint a dead man -Faber and Faber

The chair of judges, James Naughtie, said today:
"The five Man Booker judges have settled on thirteen novels as the longlist for this year's prize. We believe it to be one of the strongest lists in recent memory, with two former winners, four past-shortlisted writers, three first-time novelists and a span of styles and themes that make this an outstandingly rich fictional mix.
"We considered more than 130 novels (including the work of nine former winners) and found ourselves travelling in a fertile landscape. We kept discovering new talent as well as reacquainting ourselves with familiar writers, and emerged with a feeling that we were part of an exceptional year.
"Our fiction is in the hands of original and dedicated writers with fresh and appealing voices. This is an eclectic list, taking us from the court of Henry VIII to the Hollywood jungle, with stops along the way in a nineteenth century Essex asylum, an African warzone and a futuristic Brazilian city among other places.
"These are books that readers will want to get their hands on."

The 2009 shortlist will be announced on Tuesday 8 September at a press conference at Man Group's London headquarters. The winner of the Man Booker Prize for Fiction 2009 will be revealed on Tuesday 6 October at a dinner at London's Guildhall and will be broadcast live on the BBC Ten O'Clock News.
Chaired by broadcaster and author James Naughtie, the 2009 judges are Lucasta Miller, biographer and critic; Michael Prodger, Literary Editor of The Sunday Telegraph; Professor John Mullan, academic, journalist and broadcaster and Sue Perkins, comedian, journalist and broadcaster.
To celebrate the longlist announcement, the 2009 Man Booker Prize will be showcased as part of the One & Other project on the fourth plinth in Trafalgar Square, London. On Tuesday 11 August at 11am, a Man Booker Prize enthusiast will give readings from all 13 longlisted titles and then give away copies of the books.
For further information about the prize visit http://www.themanbookerprize.com/


And for comment on the shortlist in The Guardian link here.
And the following:
Times item
Independent item
Telegraph item
Posted by Beattie's Book Blog at 5:31 pm