A life in books: Penelope Lively
'In old age you can close your eyes and summon your youth at will. As a writer it puts one at a distinct advantage'
Interview by Sarah Crown , The Guardian, Saturday 25 July 2009

'The idea that memory is linear," says Penelope Lively, crisply, "is nonsense. What we have in our heads is a collection of frames. As to time itself - can it be linear when all these snatches of other presents exist at once in your mind? A very elusive and tricky concept, time."
It's the concept that has provided the backcloth to which Lively has stitched the plots of her novels for the past 40 years, and which has driven her to scale the heights of both children's and adults' fiction (she remains the only author to have won both the Carnegie medal and the Booker prize). It's the disjunction between time and memory that intrigues her; the irreconcilability of the calendar's steady forward march with the extempore jumble of shards and fragments that we carry around in our memories, encapsulated in the heroine of her 1987 novel Moon Tiger, who declares from her deathbed: "There is no chronology inside my head." Now 76, Lively finds that her own experience of ageing has deepened rather than resolved the paradox. "In old age, you realise that while you're divided from your youth by decades, you can close your eyes and summon it at will," she says. "As a writer it puts one at a distinct advantage. When writing Moon Tiger from the point of view of an old woman, I kept worrying: would she really think like this? Now I've experienced every age, and can fish back." 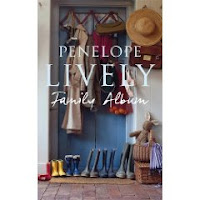 n advantage she exploits to the full in her 16th novel for adults, Family Album. Published next month, it is a sophisticated investigation into the effects of time's passage and the reliability of memory presented in the guise of a minor-key domestic drama. Half a century of sprawling family life is dished out via the kaleidoscopic, atemporal accounts of the nine inhabitants of a gently disintegrating Victorian villa. The central mystery, which is scarcely a mystery at all, is revealed piecemeal, with no recognised moment of denouement: the novel's real revelation is that our individual histories bear only a passing relationship to those of the people who have lived alongside us.

The full piece at The Guardian online.