ut novelist, Eleanor Catton is a finalist in this year’s Montana New Zealand Book Awards for her book, The Rehearsal; a work that has launched her onto the international stage, being snapped up by publishers in the US and UK.
Announced today, Catton is one of five fiction finalists, a

category described as showing “variety and sophistication” by 2009 Montana New Zealand Book Awards judges’ convenor, Dr. Mark Williams. It also includes Kate De Goldi’s The 10PM Question. Already the Book of the Year at this year’s New Zealand Post Book Awards, this age-defying book’s Montana shortlisting makes history as the first to be simultaneously selected for both the children’s and adult’s national awards.

“The fiction finalists take us inside the land of teenage anxieties and excitations, a world where emotion is physical and sex is as ubiquitous as thought, and where adult codes cannot overwhelm the force of desire. We even enter the worlds of science and political correctness.
“Last year's publishing crop was rich and various. We enjoyed lavish books on food, domestic architecture, gardening and the arts; challenging fiction and poetry; gripping biography and impressive works of history. All are evidence that the literary culture of this country is not about to roll over and die in the face of hard economic times,” says Dr Williams.

This year’s Poetry category finalists are also stand-outs.
“Something significantly new has been achieved in poetic practice in this country. This year produced collections of individual poems and sequences that will stay in the minds of readers.” The judging panel, on which Williams is joined by novelist and reviewer, Jane Westaway and journalist and critic, Margo White, commented that finalist books across all categories represent the culmination of a period of cultural self-awareness and broadening.

The full list of finalists in the 2009 Montana New Zealand Book Awards by category are:
F

A Continent on the Move: New Zealand Geoscience into the 21st Century edited by Ian Graham (Geological Society of New Zealand).
Into the Wider World: A Back Country Miscellany by Brian Turner (Random House New Zealand).
Albatross: Their world, Their Ways by Tui De Roy and Mark Jones (David Bateman Ltd).
Histo 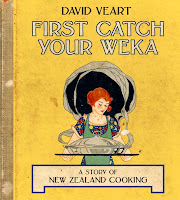 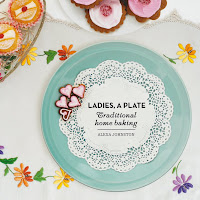 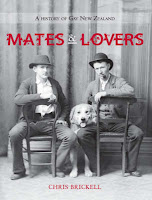 Posted by Beattie's Book Blog at 5:47 am