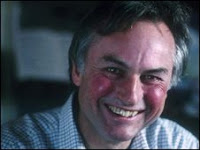 Richard Dawkins was one of the 50 events to sell out
Edinburgh Book Festival appearances by Lib Dem treasury spokesman Vince Cable and US author Garrison Keillor have sold out within hours.
The first day of ticket sales for this year's festival, to be staged in August, saw more than 50 of the 700 events sell out.
Festival organisers said there had been "phenomenal" demand for tickets.
Canadian novelist Margaret Atwood and atheist professor Richard Dawkins were also among the hot tickets.
The Very Hungry Caterpillar and We're Going on a Bear Hunt in the children's programme also sold all their tickets within hours.
The 2009 Edinburgh International Book Festival runs from 15 August to 31 August.
The Charlotte Square event welcomes 750 authors representing 45 countries, who will appear in readings, debates and conversations.
Richard Holloway, 2009 guest director of the book festival, said: "Once again, we are delighted that the book festival programme has proved so popular.
"It is a great reflection on the breadth of our audience and the strength of our programme that events across every genre are selling out so quickly.
"We know that due to the extraordinary demand a large number of potential customers were finding it difficult to get through on the phone or via the internet, however they were patient and kept trying and ticket sales have reflected this.
"With over 700 events in the programme, there are still thousands of tickets available to see world class authors - both internationally renowned and relatively unknown."
Full report at BBC News.
Posted by Beattie's Book Blog at 8:01 pm