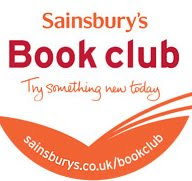 insbury’s expands HC book club offer with children's club
26.06.09 Graeme Neill in The Bookseller
Supermarket chain Sainsbury’s is to relaunch its adult book club and introduce a children’s book club as part of its increased focus on books. The chain will also unveil a three-for-two offer across children’s books and has secured its book supply by signing up entertainment distributor Technicolor.
All three initiatives were due to launch this week. In April, the supermarket increased instore space devoted to books by 10% as part of a move to generate a double-digit sales uplift. As part of the adult book club promotion the supermarket will select a mass market, literary and key backlist title each month with one being highlighted as "Book of the month" and the other two as "Recommended". The books will sell for £3.99. Barbara Delinsky’s While My Sister Sleeps is the first book of the month, with Chimamanda Ngozi Adichie’s Purple Hibiscus and David Wroblewski’s The Story of Edgar Sawtelle recommended.
The book club—run in conjunction with HarperCollins—first launched in January with a book a month promoted instore and online, alongside author interviews and reading material. Book department manager Phil Carroll said: "We were keen to revamp it and we challenged HC to come up with something completely new. As it was, it wasn’t really a club but what they have come up with now is more than we asked them for."
Key accounts director at HC Wendy Neale said the change was made following customer feedback. She said: "They were very interested in being offered a choice of titles as well as a similar children’s campaign."
As part of the children’s book club, the supermarket will select three titles a month, for children aged 3+, 5+ and 7+. As with the adult book club, one title will be "Book of the month" and the other two will be merchandised under "Recommended". The first book of the month will be Darcey Bussell’s Magic Ballerina: Summer in Enchantia. The two recommended reads are Michael Bond’s Paddington and the Marmalade Maze and Michael Morpurgo’s Private Peaceful.
The three-for-two offer on children’s books will only exclude those that are part of a "buy one, get one free" campaign.
Pricing on the children’s books will vary, but all book club selected titles will be in the three-for-two offer. Carroll said: "It’s an important part of our offer to drive sales."
Carroll also revealed that Sainsbury’s has signed a one-year contract with entertainment distributor Technicolor to fulfil its book offer. It had previously been using a mix of Gardners and Technicolor following the collapse of wholesaler Entertainment UK last November. The distributor already supplies Sainsbury’s with DVDs and games.
Posted by Beattie's Book Blog at 6:31 am