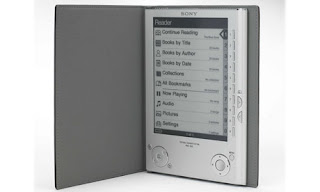 Publishers are "insulting" readers by expecting them to pay equivalent prices for e-books as for hardback versions, delegates at the inaugural Publishing Laid Bare conference heard last week.
As part of a panel discussion on what publishers could learn from other industries, The Friday Project publisher Scott Pack, author and editor Jonathan Reuvid, and director of manga publisher SelfMadeHero Emma Hayley, discussed the impact of digital versions of books on revenue. Pack warned that while it was inevitable e-book sales would begin to cannibalise print sales, publishers should price books at a more reasonable level.
"We are kidding ourselves if we think we can charge the same for an e-book as we do for a print copy," he said. "Most ridiculous of all is charging the same as a hardback - we are insulting our audience to do that. If, and they will, e-books start to encroach on print sales, we have to find another way of dealing with that."
Pack cited a recent TFP book, Blood, Sweat & Tea, the digital version of which had been made free under the Creative Commons Licence, at the author’s request. This generated an "enormous" word of mouth response, with "almost exclusively positive" media coverage and "goodwill", which could be channelled for future releases.
"I don’t think you could do this with every book... but perhaps with a writer’s first book, you could issue it as an e-book to get reviews, and build word-of-mouth responses, and then perhaps the second the book could be print," Pack said.
He also suggested "vanilla" e-books could be cheap, while publishers could charge more for "bells and whistles" digital versions. He said there were "myriad" options.
Hayley agreed e-books would begin to eat into publisher’s overall sales, but she warned about lowering the price of books too far. "You still have creative costs, and agents want a bigger royalty for e-books, so it can’t be dirt cheap or it won’t work financially," Hayley said.
Posted by Beattie's Book Blog at 11:34 pm

"...agents want a bigger royalty for ebooks..". Does anyone else see a problem here?

The publishing industry, including agents, is looking at a major shift in the way their business is done. Fight it and end up like the music industry.

I certainly think an ebook should be cheaper than a hardcover, and possibly a pback. As quoted, there are a myriad of options available. In a competitive, changing market the winners will be those who try things.