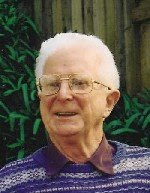 Publisher Hugh Price will be presented with an honorary Doctorate of Literature from Victoria University for his achievements in the world of publishing, and his contribution to New Zealand literature.

Over the decades he has published the work of New Zealand authors, and kept firm connections with Victoria University, where he graduated with a Master of Arts in History in 1954.
In partnership with another Victoria graduate Jim Milburn, Mr Price founded Price Milburn Publishers Limited (PM) in 1957, and ten years later he became full-time manager.
Among the first successes were the PM Story Books for fledging readers, written by Mr Price’s wife Beverley Randell. New editions continue to be read by children around the world, and the growing series is now published in Australia, with worldwide sales in excess of 200 million.
In the 1960s Mr Price’s family moved to Sydney, where he was foundation manager of Sydney University Press, which has produced a vigorous list that has included several New Zealand authors, including Keith Buchanan, Dr W. B. Sutch and Brian Dalton.

On return to New Zealand, Mr Price helped establish Victoria University Press (VUP) and gave support in its early years. Several successful PM titles later became PM/VUP books, such as works by Bruce Mason, Roger Hall, Greg McGee, James K Baxter and Rollo Arnold.
Victoria University Vice-Chancellor Professor Pat Walsh says Mr Price is thoroughly deserving of receiving Victoria’s highest honour.
"Over the decades Hugh Price has played an outstanding role in academic publishing by supporting the publication of work by New Zealand scholars. At the same time he has himself edited and written a number of books about book publishing in New Zealand," says Professor Walsh.
Mr Price has also been active in politics, campaigning for the abolition of the death penalty and against apartheid in South Africa. PM published several political books, including Bruce Brown’s The Rise of New Zealand Labour. Mr Price wrote The Plot to Subvert Wartime New Zealand, published by VUP.
Apart from book publishing, Mr Price has advanced other cultural matters. In 1969, PM employed the conductor Peter Zwartz and established PM Music, which published sheet music by composers such as Douglas Lilburn, Jack Body, Gillian Whitehead and David Farquhar.
In the 1990s the Price family bought and restored a settlers’ cottage in St Mary Street, Thorndon. The Randell Cottage Writers Trust now makes it available for both New Zealand and French writers.
Mr Price’s services to publishing were acknowledged this year in the New Year’s Honours when he was appointed a Member of the New Zealand Order of Merit (MNZM).
Footnote:
Bookman Beattie is delighted for Hugh. What a great and well-deserved honour to a fellow who has contributed much to our society.
Years ago, in the late 60's, when The Bookman was impoverished and busy setting up as a bookseller in Napier, Hugh Price kindly allowed me to use Price Milburn's offices in Wellington as a place to sleep when I was visiting the capital. I was hugely grateful to him then and still remember our friendship from those days with great warmth.
As I recall James K Bxter also used to crash there from time to time. Price Milburn were his publishers in those days. Thanks Hugh and warmest congratulations on this accolade.
Posted by Beattie's Book Blog at 10:34 am