Books of The Times
The Meanderings of an Off-Duty Novelist
By DWIGHT GARNER
Published: New York Times, June 23, 2009
There’s no shame — not much, anyway — in admitting that you like a writer’s left-handed productions (John Updike called them odd jobs) as much as his or her big books. Martin Amis, David Foster Wallace and Mr. Updike are best known for their novels, but more than a few people would as happily pack their essays, journalism and book reviews for a month on a desert island. 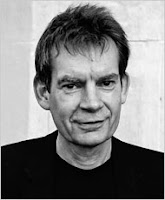 MAKING AN ELEPHANT
Writing From Within
By Graham Swift
Illustrated. 400 pages. Alfred A. Knopf. $26.95.
Picador NZ$35
Related
Excerpt: ‘Making an Elephant’ (June 24, 2009)
Graham Swift, the British novelist, understands this concept. His new book, “Making an Elephant: Writing From Within,” is his first stab at a nonfiction miscellany, and in it he writes that he prefers Raymond Carver’s poetry to his more celebrated short stories. He also speaks more vividly about a Ted Hughes fly-fishing essay than any of his poems. When it comes to reading material, the heart wants what the heart wants.
Mr. Swift is the author of such sly, sophisticated novels as “Waterland” (1983) and “Last Orders,” which won the Booker Prize in 1996. Somewhat less sly and sophisticated, “Making an Elephant” is a grab-bag assortment of speeches, occasional essays, interviews, poetry and stray recollections.
Part of what you’re looking for, in a book like this one, is a freckling of high-minded literary gossip. Mr. Swift appears to be offering more than most. Among the essays here are accounts of buying a guitar with Kazuo Ishiguro, of fly-fishing in Devon with Hughes and of spending a few Christmases with Salman Rushdie in the years just after the Ayatollah Khomeini issued a fatwa against him.
The Rushdie essay has its moments. He shows up at Mr. Swift’s house with his bodyguards, after it’s been decided that everyone should have, for security purposes, “Reservoir Dogs”-style nicknames. Thus Mr. Rushdie is Mr. Brown, Mr. Swift is Mr. White and the novelist Caryl Phillips is Mr. Black.
Mr. Rushdie counsels Mr. Swift on how best to conquer fear. “He said that the thing was that you had to quell it,” Mr. Swift writes, “crush it at once, as soon as it arose, give it no further space, otherwise you were lost.”
And Mr. Swift notes, “Once you’ve played charades with the author of ‘The Satanic Verses’ or heard his imitation (not quite as good, in my opinion, as Kazuo Ishiguro’s) of Bob Dylan, your view of things is fundamentally improved.”
This Rushdie essay ultimately leaves a tinny taste in your mouth, however, and not just because the last clause in the sentence above (“your view of things is fundamentally improved”) is essentially meaningless.
Perhaps that tinny taste derives from the fact that Mr. Swift admits about Mr. Rushdie, “we don’t see each other now.” Well, what happened? Or perhaps it’s because the essay is stuffed, in a way that Mr. Swift’s novels are not, with lazy observations — observations, that is, that are hardly observations at all. Mr. Rushdie, we read, was “capable of feeling and being a kid again” and “was good, affectionate company.”
Read the full review at NYT.
And the Bookman's earlier piece here.
Posted by Beattie's Book Blog at 8:01 pm