BBC season lifts poetry sales
25.06.09 Philip Stone and Katie Allen in The Bookseller
Poetry sales have rocketed since the BBC's Poetry Season began last month across TV, radio and online. After a relatively weak start—poetry sales to 16th April were down 0.3% on last year—sales, particularly of books by poets under the BBC's focus, have been buoyant. 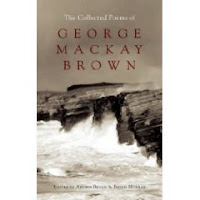 According to Nielsen BookScan, sales of John Milton's Paradise Lost increased three-fold during the week following Armando Iannucci's analysis of the poem on BBC2 on 27th May, while sales of John Murray's £20 volume, The Collected Poems of George Mackay Brown, have increased by 844.4%, thanks to the poet's “Hamnavoe" being highlighted on BBC4's “Poet's Guide to Britain".
Meanwhile, Simon Armitage's examination of Sir Gawain and the Green Knight helped sales of his analysis of the epic poem, published by Faber, increase by 332%, to 583 copies sold.
Other poets to have enjoyed a boost over the past six weeks include Sylvia Plath—whose sales totalled 5,000 copies—up 92% on the previous six weeks, Tennyson (up 81%), Philip Larkin (up 80%), T S Eliot (up 222%) and John Donne (up 300%).

Two official tie-ins, Penguin's My Life in Verse, and Scholastic's Off By Heart, have sold over 1,500 copies each since publication earlier this year.
Also, sales of The Nation's Favourite Poems, published by the BBC in 1996, have increased by 76% over the past six weeks.
Posted by Beattie's Book Blog at 6:17 am