The author as performer
By James Harkin

Published: June 19 2009
Late last year, for one night only, fans of the musical The Lion King were turned away from the Lyceum theatre in London’s West End. If they had been able to peer inside at the stage they would have witnessed not Simba, dancers in multicoloured costumes and “The Circle of Life” but a solitary, slender 45-year-old Canadian with bouffant hair standing behind a lectern. There were no props, apart from the video screen relaying his image around the huge auditorium, but this didn’t bother the youngish crowd who had bought 4,000 tickets at around £20 a piece to listen to one of two consecutive performances. 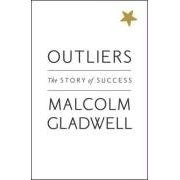 The speaker was the influential journalist, author and ideas entrepreneur Malcolm Gladwell, in town to promote his latest book, Outliers: The Story of Success. But this wasn’t a book reading or a Q&A session of the kind authors traditionally submit to. Neither was it a slide show, as you might expect to find at a lecture. Instead, the author recounted a single vignette from the book – the tale of why a plane ended up crashing, from the perspective of the pilots and those in the control tower – and burnished it into a narrative with all the chill and pace of a traditional ghost story. Even the lighting was kept deliberately low to create the right atmosphere. The performance lasted precisely an hour and five minutes, and no questions were invited after Gladwell had finished speaking. Rather than a talk about a book, it looked more like a carefully choreographed stage show.
For Gladwell, the idea behind the writer-as-showman, wowing public audiences to drum up support for an idea or a book, has a distinguished heritage. “The Lyceum evening,” he explains by e-mail, “was very 19th-century, in a way. Dickens and Twain and countless others gave lectures of that sort in theatres like that all the time.” As far as his technique is concerned, he explains that while he doesn’t use a speaking coach, he has for some years been performing regularly at The Moth, a collective of New York writers who meet in downtown clubs to tell stories to one another. This week he returns to the UK for dates in Glasgow, Brighton, Liverpool and Birmingham; it’s the kind of whistlestop mini-tour you’d more normally associate with a hip American indie band.
Read the full story at The Financial Times online.
Posted by Beattie's Book Blog at 8:25 pm