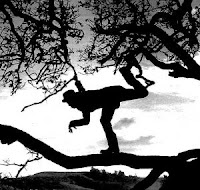 Tom Waits, free of vermin
The ex-manager of musician Tom Waits is suing Random House for $1 million in general damages and an undetermined amount in punitive damages, as well as corrections to be made in the book, over claims made about him in a biography of Waits released last month.
According to the law suite (pdf) filed by Herb Cohen, the book, Lowside of the Road: A Life of Tom Waits by Barney Hoskyns, says that he “robbed Waits of royalties for years” using fraudulent accounting practices; that he “helped himself” to income from his other clients, which included, over the years, Frank Zappa, Linda Ronstandt, Alice Cooper, Fred Neil, and George Duke; and that Waits considered him part of an unfortunate group of “flesh peddlers and professional vermin I’d thrown in with.”
As a brief report from Billboard notes, “Cohen has alleged that these statements are false and defamatory.”
Posted by Beattie's Book Blog at 10:28 pm