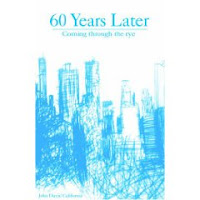 Will Holden Caulfield be Hijacked?
By David L. Fox - Writing in Publishing Perpectives
The pending U.S. publication of 60 Years Later: Coming Through the Rye, a self-described "sequel to one of our most beloved classics" that portrays the adventures of an aged Holden Caulfield of The Catcher in the Rye, has brought a court challenge by the famously litigious J.D. Salinger. Each side is accusing the other of hijacking the Holden Caulfield character. Salinger is contending that the new book violates his copyright to control his Caulfield character.
The new book's Swedish author, Fredrik Colting, is contending that enforcement of any Salinger copyright to prevent publication would violate U.S. free speech rights to criticize the Caulfield character.Last week, a judge initially sided with Salinger, temporarily prohibiting publication of the new book in the U.S. The judge found that in his 1951 novel Salinger described Holden Caulfield sufficiently to copyright the character under U.S. law.
This was significant because characters described in a single work of fiction usually cannot be copyrighted, as opposed to those described graphically (e.g., Mickey Mouse), or in serial works (e.g., James Bond). The judge concluded Salinger's description of Caulfield was sufficient because Caulfield was presented in "a portrait of words.
(Continue reading to find out why Salinger might lose)
Posted by Beattie's Book Blog at 7:29 pm