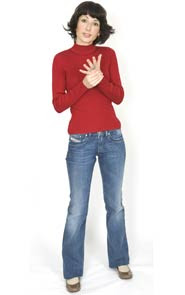 KAPKA KASSABOVA WRITING IN THE SUNDAY TIMES
From The Sunday Times
June 28, 2009
The joy of national hybridism
National stereotypes are dead, says the writer. Let’s revel in mongrelism

Remember the finer points of that giant model-kit installation called Entropa, which was unveiled in Brussels in January to celebrate the Czech presidency of the EU? Neither do I. But it made a splash at the time, in a lavatory-humour sort of way, because it managed to simultaneously offend and amuse — though not the same people simultaneously.
It depicted every European country as its most banal cliché: Italy as a football pitch; Romania as a Dracula theme park; Germany as swastika-shaped autobahns; and Bulgaria had a collective heart attack at being depicted as a bunch of Turkish squat toilets.
You may strain to remember what Britain looked like, and with good reason: it didn’t.
It was absent from Europe. The blank compliment was almost amusing — Britain doesn’t have to feature; it has always been special, with its Euro-scepticism. Either that, or the artist ran out of ideas.
Which is precisely the point of national stereotypes. A stereotype is the extent to which the collective imagination has run out of ideas. As someone who emigrated from one country that is a character in a children’s story to another country populated by hobbits and wizards, I’m vividly aware of the fine line between stereotypes and a form of cultural fascism. But more on this later.
First, I want to point out that Europe is becoming mongrelised. This is finally being reflected in our cultural life, and not just in who owns the corner shop or whether there’s a mosque in town. Here is an example.
A few months ago I was at the London School of Economics with two other thirtysomething writers, and we were supposed to talk about migrant voices — as if they were somehow a different pitch of voice. The Belgian writer was Turkish. The Dutch writer was Pakistani. They are second-generation, and I’m the half-generation of a migrant family, and all of us came from the easternmost margins of Europe or beyond. This explains the proposed subject matter of our discussion; but in the end we talked about how we don’t feel like migrants at all. They are both stars in their countries’ cultural firmaments, and not because they are exotic but because they have something to say about the human condition, migrant or not. In other words, they are ordinary European writers.
Then I went to a festival in Zagreb. The Dutch poet in the programme had a Moroccan name. I appear in the programme as being from Britain, and I’m a Bulgarian Kiwi, but I wouldn’t live anywhere other than Britain — isn’t that what you call patriotism?
Yes, and there’s my point. Multiple people like the British-born Pakistani/Dutch writer don’t have to be a freak show any more; they’re normal now. “Migrant” and “multicultural” society are terms worn out by their own stereotypes.
The rest of Kapka's piece at The Times online.
Posted by Beattie's Book Blog at 11:27 pm

So what, nowadays, is Britain? England?
Scotland?
Ireland?
Wales?
I can't remember that last time I read of a 'British' writer.