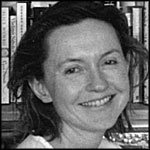 Kirsty speaks of a sense of repatriation and homecoming at being back in Wellington, where she went to school and university.

“When I entered the cottage for the first time, I felt straight away as if I was coming into an imaginative place, somewhere I could write with my eyes wide open,” she says.
“I’m already finding it very productive for my work. I aim to keep working on shorter pieces while I’m here, and sending them out as they’re finished.”

Katherine Mansfield is the subject of Kirsty’s main project during her Randell Cottage residency.
“The work will be called Thorndon,” Kirsty says. “I envisage it as fiction – a collection of short stories and other works. I’m busy researching the background for it, including Thorndon itself.”

Kirsty, who is Professor of Creative Writing at the University of Dundee, is best known in this country for her novel Rain (Faber 1994) which was made into a film, and for her short stories including the collection This Place You Return to is Home (Granta,1999).

Kirsty’s two daughters have come with her and they will be joined later by her husband, publisher David Graham. Her sister, painter Merran Gunn, who also lives in Scotland, is currently staying with her at the cottage.
During her residency, Kirsty is also giving a series of talks:
· Institute of Modern Letters' Writers on Monday series, August 3 at Te Papa
· Massey University Writers Read series, Thursday August 6 at Massey's Wellington campus (chaired by Randell Cottage Trustee Mary McCallum)
· Friday August 7 at Palmerston North City Library (chaired by Mary McCallum).
The talks are open to all. 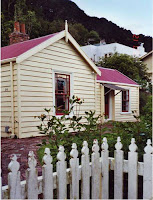 Randell Cottage, located in Thorndon, Wellington, hosts French and New Zealand writers alternately for six months at a time. Journalist and writer Fariba Hachtroudi will be the next French writer in residence from October 2009 to March 2010.