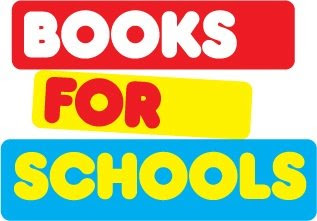 The Times and The Sunday Times announce the return of their highly successful Books for Schools campaign. Open to all schools in the UK, the promotion is part of Times Newspapers major education initiative.

The Times and The Sunday Times, in association with Scholastic Book Clubs, have sourced a compelling list of books from a wide range of publishers with titles for ages 3-7, 7-9, 9-11 and 11-14. The catalogue of available books will differ each term – with a core list of key titles and a selection of new books. Amongst them are titles from leading authors such as Jacqueline Wilson, Michael Rosen, Charlie Higson, Axel Scheffler and children’s classics by C.S Lewis and Roald Dahl.

Schools’ registration is now open, with an incentive of 100 bonus tokens for each school if they sign up before 30 November. 33,000 UK schools were mailed with Books for Schools promotional leaflets and registration forms at the beginning of November.

The big in-paper promotion for Books for Schools will start in January 2009 and run in three 12-week bursts coinciding with each school term. Tokens will appear daily in The Times and weekly in The Sunday Times. The campaign will be supported by TV advertising, editorial features and token collection POS packs for participating schools.

" We are really delighted that this campaign is back. Books for Schools creates the opportunity for schools to discover new books and find writers that inspire children of all ages."

“Books for Schools is all about getting more books onto classroom shelves at no cost to schools. We want to help teachers, parents and children to have access to the best books and writers.”

Scholastic Book Clubs will manage all order fulfilment on behalf of The Times and The Sunday Times.

“We are delighted to have been chosen to partner the new Books for Schools campaign with Times Newspapers. We know that we have created a selection of titles that will appeal to a wide range of children and one that will help to develop a culture of reading for pleasure in schools.”

The first Books for Schools campaign was launched in 1999 as a partnership between Times Newspapers, News Group Newspapers and Walkers. The promotion ran for five years, with an impressive 98% of primary and secondary schools registering with the scheme. Some 6.6 million books were put onto the shelves of schools in the UK at no cost to the schools themselves.
Posted by Beattie's Book Blog at 6:38 am