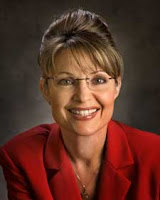 This story from Radar online.
Sarah Palin has garnered more than fame from her failed Vice-Presidential bid. She is reportedly close to making a book deal for $7 million.
"Bill Clinton made over $10 million for his deal seven years ago," a publishing insider told Radar. "That was more than any other former President."Palin offers more than just a political memoir with flashes of sexual mea culpa. "She has huge appeal to a segment of the female reading public, and her private life hasn't been an open book," our source told us. "Not yet." The book would be crafted with a ghost-writer and the goal will be to get it in stores in time for Christmas of next year."Though if I were publishing it, I'd shoot for Mother's Day, 2010," our source added.
Posted by Beattie's Book Blog at 10:26 am

When I read that Sarah Palin might get $7 million for her "story", I thought of Gerald Samper, James Hamilton-Paterson's eccentric character (Cooking With Fernet Branca and Amazing Disgrace). Samper makes his living ghost-writing the biographies of shallow, ignorant, uninteresting but highly compensated celebrities -- like Palin.

Groan... but rather 7 million for a book than she was now Vice President...