Auckland poet Kathleen Grattan, a journalist and former editor of the New Zealand Woman’s Weekly, died in 1990. A member of the Titirangi Poets, her work was published in Landfall and other volumes including ‘Premier Poets’, a collection from the World Poetry Society. Her daughter Jocelyn Grattan, who also worked for the New Zealand Woman’s Weekly, shared her mother’s love of literature.
She generously left Landfall a bequest with which to establish an award in memory of Kathleen Grattan.
This is the inaugural year of the award. The winner will receive $16,000, making it the richest poetry prize in New Zealand, and publication by Otago University Press. Such was the high quality of the entries that the judge, distinguished poet Fleur Adcock, found it hard to choose a winner, until she gave ‘marks for technical skill, originality, verve, wit and humanity. In the end I chose as the winner of the Kathleen Grattan Award: The Summer King by Joanna Preston.’ 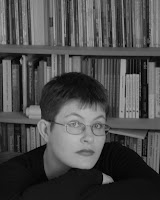 About Joanna Preston
Joanna Preston is an Australian-born poet living in Christchurch. She grew up in various outback towns in NSW, with her grandparents’ farm a constant, and started writing at an early age. She holds a BA in Theatre and Film Studies and has lived in NZ since 1994, apart from a spell in the UK during which she received an MPhil in Creative Writing from the University of Glamorgan. She has been a member of the Airing Cupboard Women Poets group, Canterbury Poets Collective, The Australian Haiku Society and her work has received a number of awards and appeared in numerous publications.
Eleven of the poems in The Summer King were published in Carcanet Press’s New Poetries IV anthology. She edited the 2007 and 2008 competition anthologies for the New Zealand Poetry Society and is co-editor of Kokako magazine. The Summer King will be her first published collection.
About the Judge
Named a Companion of the New Zealand Order of Merit for Services to Literature in the Queen’s Birthday Honours this year, Fleur Adcock is New Zealand’s most famous living poet internationally, and a doyenne of the British literary scene.
In 2006, Adcock’s Poems 1960-2000 won the Queen’s Gold Medal for Poetry.

In 1997 the literary magazine Landfall celebrated its 50th anniversary. To mark the occasion the Landfall Essay Competition was established ‘to encourage New Zealand writers to think aloud about New Zealand culture, and to revive and sustain the tradition of vivid, contentious and creative essay writing in this country.’
The competition is held every two years and contenders submit an essay of no more than 6000 words on a subject of their choice.
The list of past winners is impressive: Gregory O’Brien (1997), CK Stead and Peter Wells (1999), Patrick Evans and Kapka Kassabova (2002), Martin Edmond and Tze Ming Mok (2004), and Anna Sanderson (2006).
This year’s judge is a past winner, Martin Edmond. And, like judges before him, he has been unable to choose between strong contenders:
‘The essays I chose as joint winners have two things in common: both are tenacious in pursuit of an idea; and each pursues that idea in a rapidly unfolding cascade of speculative sentence-making that is intenselypleasurable to read.’

And the winners are:
Kirsten Warner (whose ‘The New Colonists’ is trying to work out what a developer intends to do with a piece of NZ real estate) and
Alice Miller (who delineates a complex of emotions aroused by the word ‘home’ in ‘Several Small Gulls Struggle to Find Footing in NZ & Elsewhere’).
The two share a cash prize and each receives a year’s subscription to Landfall. The two winning entries are published in Landfall 216.

About the Judge
Martin Edmond was born in Ohakune, in 1952, son of poet Lauris Edmond and teacher Trevor Edmond. He has an MA (1st Class Hons) in English from Victoria and lectured there for a year before joining avant garde theatre group Red Mole. He spent the next five years touring internationally as a writer, actor, stage manager and lighting designer. His Chronicle of the Unsung won the biography category of the Montana New Zealand Book Awards in 2005.

His latest book is a collection of essays entitled Waimarino County and other excursions. He lives in Sydney, Australia.
Posted by Beattie's Book Blog at 9:51 am