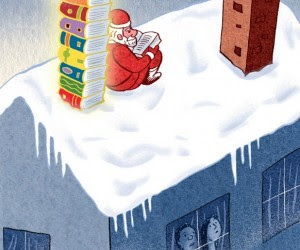 Books of the year 2008
The New Statesman's round up of the best books of 2008 as suggested by critics and contributors including David Marquand, Tahmima Anam, Fatima Bhutto and Anthony Howard and a host of other luminaries.
Link here to read the full list, but be warned you'll need to put aside half an hour, at least! There are several titles on the list that I would certainly have included, some I would definitely not have included, and of course a whole heap that I haven't read. So many books, so little time............
There is one New Zealand author/title represented. See if you can find her. And there is another reference to New Zealand with one commentator talking about Duncan Fallowell's controversial title, Going As Far As I Can.
Posted by Beattie's Book Blog at 12:42 pm

One of the reviewers picked my favourite of the year - Perfumes: the guide - Luca Turin and Tania Sanchez.

I've set up a page of "best ofs" on the Christchurch City libraries site http://christchurchcitylibraries.com/Guides/GoodReads/2008sBest/

We'd love to have your suggestions, and those of your reader.