FROM THE LATEST IIML NEWSLETTER

Three New Zealand literary journals are currently calling for submissions. The editors of new(ish) literary magazine on the block Hue & Cry are ready to consider submissions for their third issue. They publish new New Zealand fiction, poetry, essays, artist pages, artist texts, and photography, with plans to branch out into science. The deadline for submissions is Christmas 2008: for information on how to submit and where to get copies of Issue One: The Garden Party and Issue Two: Stakeout, contact hueandcryjournal@gmail.com. 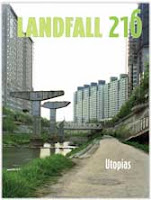 Writer Paula Morris is soliciting fiction, poetry, personal essays, and other non-fiction for Landfall 217, which will be dedicated to work by, or about, expatriate New Zealand writers and artists. She writes: ‘New Zealand isn’t far-flung, but New Zealanders are: more than half a million of us live in other countries. Landfall 217 explores the creative work New Zealand writers and artists are producing in or about these other places, as well as the ways travelling and living elsewhere informs our work when (and if) we return home.’ The deadline for submissions to ‘FLUNG: The Expatriate Issue’ is January 10, 2009. Send Word documents to Paula Morris pjkmorris@gmail.com with LANDFALL SUBMISSION in the subject line, and relevant personal information and complete contact details in the e-mail. Other correspondence and art portfolios to: Landfall, Otago University Press, PO Box 56, Dunedin, New Zealand.

nd JAAM 27 will be edited by Ingrid Horrocks. The theme for this issue is 'wandering'. As well as work that features literal wanderers and travellers (a mainstay of New Zealand literature), Ingrid is also interested in ‘work that wanders - works that digress in creative ways from narrative, argument, or genre.’ Wandering fiction, poetry, and especially, creative nonfiction, should be sent to jaammagazine@yahoo.co.nz or PO Box 25239, Panama Street, Wellington 6146 by the end of March 2009. As always, this issue of JAAM will also be open to general submissions.
Thoroughly modern Milton
The Friends of the Turnbull Library are hosting a conference on Milton, which will open with a public lecture to commemorate the 400th anniversary of the birth of John Milton, ‘17th century poet, scholar, pamphleteer, tireless defender of religious, civil and domestic liberties’.
The lecture, ‘Reading Him Now’, will be presented by John Rumrich, Thaman Professor of English at the University of Texas, Austin, at 6pm on Friday 5 December in the National Library auditorium. You could warm up for the lecture by looking in on 'Collecting Pandemonium', an exhibition in the National Library Gallery that showcases the Turnbull’s extensive Milton holdings. Highlights include elaborate fine print editions of Milton's work, a collection of his radical pamphlets, lavishly illustrated versions of Paradise Lost, and translations of his great poem into many languages – from Swedish, Welsh, Tongan, Greek to Ancient Armenian.
The exhibition opens on 2 December.
The above are but small segments from the 134th in a series of occasional newsletters from the Victoria University centre of the International Institute of Modern Letters. For more information about any of the items, please email modernletters@vuw.ac.nz.
You can also read this newsletter online.
Posted by Beattie's Book Blog at 12:43 pm