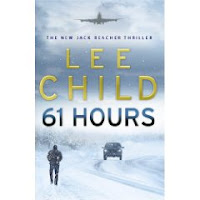 Transworld is to publish a new Jack Reacher hardback from thriller writer Lee Child next month (61 Hours, Bantam Press, 18th March), and will then follow it up with an unprecedented second new Reacher novel this autumn.

Transworld m.d. Larry Finlay said the development had come about because 61 Hours—which sees Reacher finding himself in an isolated South Dakota town in midwinter after being involved in a bus crash—ends with a major cliffhanger concerning the fate of its main character.

"61 Hours ends on an extraordinary culmination full of tension—is Jack Reacher dead or alive?," said Finlay. "Lee's editor Marianne Velmans read the manuscript and came in to see me with a white face, saying: ‘I think Lee's killed Jack!' So we rang his agent, as we've four books under contract, and we've persuaded Lee to write a second novel [this year]".

On the final page of 61 Hours is written simply: "To be continued—30.9.2010"—the date of the next book, which is as yet untitled and which no one at Transworld has so far read.

"The review copies have gone out and bloggers will pick up on what we're doing," said Finlay. "We've got a whole strategy in place. It means Lee has two paperbacks and two hardbacks this year, and the intention is to build the audience up into a crescendo to buy the next book in hardback."

s of Child's last Reacher thriller, Gone Tomorrow, published in April 2009, total more than 74,000 copies through Nielsen BookScan to date, up 10% on the previous book in the series, Nothing to Lose. In all, £3.5m was spent on Lee Child (pictured) books last year according to BookScan, making him the fifth bestselling British novelist of the year. Child has been worth £20.4m to UK book retailers since records began in 1998. 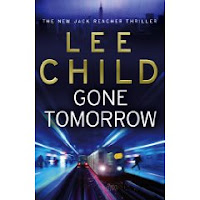 The headline on this story chilled The Bookman to the bone when he read it this morning. No no no, surely not.What a nightmare.
Jack Reacher is only just in his prime and must have many more adventures ahead. I hate to think of my holiday reading minus Jack Reacher.
I have written to Transworld asking them to tell me that this is just a publicity move and that they really have no reason at all to think that master storyteller Lee Child could possibly be thinking of killing of Jack Reacher.
And The Bookman will be talking to Lee Child at a public event on Auckland , NZ's North Shore on Sunday evening 11 April 2010 at which time I will ask for his assurance that Jack Reacher will live on to entertain us as he travels about, without luggage.
Further footnote:
Details of Lee Child's NZ itinerary will posted on the blog shortly.
And more:
Craig Sisterson's Crime Watch blog joins the fray.
Posted by Beattie's Book Blog at 8:32 am

Afetr you Bookman I reckon I am NZ's greatest Jack Reacher fan. I have all his books and would be devastated if his creator was to kill him off. I have come to term with Ian Rankin "retiring" Rebus but Jack Reacher? Never. Please persuade Lee Child to change his mind, assuming of course that this is not just a great publicity stunt by his publishers.

I am with Paul and with Bookman Beattie. Jack Reacher is one of the great contemporary fiction characters and must not be allowed to be killed off. Lee Child from the photo on Beattie's Book Blog looks like he might be 50 or so and therefore has many years of writing left. Lee, do not do this.

One of the appealing aspects to me of crime fiction/thriller novels is the reappearance in each new book of a favourite hero/cop/private eye etc. Paul mentioned Rankin's Rebus, my own favourite is Adama Dalgleish, PD James' London-based senior cop. I reckon writers who create these superb characters whom we get to know and admire have a responsibility to their reading public to keep them going. I don't know Jack Reacher but I will order 61 Hours from my bookshop when I am in town next week to see what the fuss is about.

You guys have all been duped by Transworld. This can only be a publicity stunt. There is no way that a youngish author like Lee Child would kill off a character that earns him a small fortune every year. Don't get me wrong, I am a great Jack Reacher fan, there are thousands of us in NZ and around the world, and the more money the author makes the better, but kill him off? Never.

I hope John B is correct but one must remember that Ian Rankin, also a youngish writer, effectively killed off DI Rebus by retiring him from the force, and Rebus is/was one of the most-loved crime fiction protagonists in the English speaking world.
I have a message in to Lee Child's NZ publishers Random House seeking more information on that story that came out of the UK overnight, and will let you know once I have a response.

Lee did say when he was last here touring in 2005 that there would come a point where he would reluctantly have to kill off his beloved Reacher so this could well be it for our Jack.......fasten your seat belts, you’re in for another gripping read which sure leaves an itch.
Jennifer Balle
Publicist, Random House NZ

This is truly alarming Jennifer.
Perhaps we should set up a Save Jack Reacher Campaign?
I will certainly be taking the matter up with Lee in April.

Any visitors to my blog who wish to associate themselves with that idea should feel free to let me know.

"When I read an advance copy of this book Graham, I was gobsmacked!  First Jack doesn't get to have any sex, unless telephone flirting counts, and yes the book does end with his mortality seriously in question.  The promise of another book in September does seem to suggest that our hero will impress us yet again with his invulnerability, but....  I imagine we will see book sales increase for Lee Child ."

First Morse then Rebus.If they now kill off Jack Reacher I will have to retire.
Jeff Grigor
Bookseller.