e Tremain,(left), a former Orange Prize winner, is on the longlist...as is New Zealand author 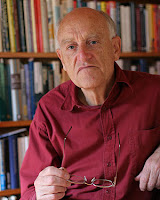 A former glamour model who now writes erotica is one of 20 writers long-listed for the first Sunday Times EFG Private Bank Short Story Award.
Kay Sexton, who began modelling for risqué calendars as a teenager, is on the list with such well-established authors as Rose Tremain, AL Kennedy, Helen Simpson and the poet Jackie Kay.

“The great thing about doing short stories is that you can play around with ideas,” said Sexton, whose story Anubis and the Volcano is a tale set in Iceland and Egypt.
Sexton fell into writing by chance about 10 years ago when she was asked to write a short story for a proposed anthology while working for the charity International Tree Foundation. The anthology was never published, but Sexton found she had a talent for writing.

She now writes mainly for magazines and specialist publications. Her erotica is published under the pen name Carmel Lockyer and she also writes science fiction under the guise of Ren Holton.
Sexton is joined on the long list for the prize, which is open to published authors from anywhere in the world and carries a prize of £25,000, by Simon Robson, a Rada-trained actor, and Charles Mosley, former editor-in-chief of Burke’s Peerage.

Tremain, who won the Orange prize in 2008 for her novel The Road Home, said: “It’s a tough form of writing because you must have cohererence in just a few thousand words, while with a novel you can have some ‘bagginess’.”

The writers — 13 women and 7 men – range in age from 28 to 78 and live around the world, as far as New Zealand, America and Zimbabwe.
The full longlist:

The competition is a new annual literary prize which builds on the success of a weekly short fiction slot in The Sunday Times Magazine.

Judges including Nick Hornby, who was Oscar-nominated for his screenplay adaption of fellow judge Lynn Barber’s autobiography An Education, chose from 1,152 entries.
Award-winning author Hanif Kureishi, another judge, said reading the longlist entries had been a “fascinating and stimulating exercise”. “I’ve learnt a lot about what people are thinking and writing about at the moment.”
The other three judges are novelist AS Byatt, Sunday Times literary editor Andrew Holgate and Lord Matthew Evans.

Peformer and writer Alexei Sayle, who has contributed short stories to the magazine, will kickstart the events over a glass of wine on Tuesday 23 March.
For more details go to www.sundaytimes-oxfordliteraryfestival.co.uk.
Posted by Beattie's Book Blog at 6:03 am