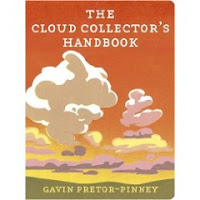 Silver Trophy for hardback non-fiction was awarded to Katie Davison for The Cloud Collector’s Handbook by Gavin Pretor-Pinney (Hodder & Stoughton), with a special mention for Jacqueline Graham for Queen Elizabeth The Queen Mother by William Shawcross.

The Foyles Award for paperback original non-fiction went to Mari Yamazaki for The Sartorialist by Scott Schuman (Penguin).

The PPC Award for a children’s book was won by Reetu Kabra for Dot Robot by Jason Bradbury (Puffin).

The London BookFair Award for hardback non-fiction (celebrity) went to Jo Wickham of Michael O’Mara for A Fart in a Colander by Roy Hudd.

The Bookseller Award for best newcomer (three years publicity experience or less) was an exceptionally strong category this year so the judges awarded it to two publicists: Lynsey Dalladay of Transworld for Terry Prachett’s Unseen Academicals and Anna Robinson of Simon & Schuster for Lion Man by Ian McGeechan.

The winner of the The Sunday Telegraph Award for hardback fiction was Penguin’s Anna Ridley for Hackney, That Rose-Coloured Empire by Iain Sinclair.

Amelia Harvell collected the Waterstone’s Award for paperback (2nd edition, either fiction or non-fiction) for her work on Forgotten Fruits by Christopher Stocks (Windmill).

The Daily Mail Award for paperback original fiction was won by Joe Pickering for Legend of a Suicide by David Vann (Penguin). Bethan Jones received a special mention in this category for her work on Pride and Prejudice and Zombies by Jane Austen and Seth Grahame-Smith (Quirk Books).

The Nielsen Book Award for a generic campaign was won by Puffin’s Tania Vian-Smith for her work on the 40th anniversary campaign for The Very Hungry Caterpillar by Eric Carle. Two other campaigns received a special mention in this category: Alice Ingall and Catherine Solomon for the 2009 National Bookstart Day (Booktrust), and Maria Boyle and Mars Webb for Barbara Taylor Bradford’s Breaking the Rules and the 30th anniversary edition of A Woman of Substance (HarperCollins).

Bea Hodgkin of Easy Living was awarded PPC Journalist of the Year, and Vivian Archer and John Newman, of the Newham Bookshop, won PPC Events Manager of the Year

See The Bookseller's Flickrstream for photos
Posted by Beattie's Book Blog at 7:06 am