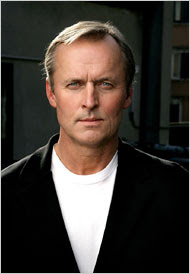 John Grisham,(left), the best-selling author of more than 20 books, is writing a new series for children centered on a precocious amateur lawyer.

The first in the series, which will be published in May by Penguin Young Readers Group, is called “Theodore Boone: Kid Lawyer” and features the 13-year-old eponymous character, the son of two attorneys in a small Southern town.

Mr. Grisham has sold North American rights to the first two books in the series to Penguin, a move that takes him away from his long-time publisher, the Doubleday imprint of Random House. Terms of the new deal were not disclosed.

Doubleday will still publish Mr. Grisham’s forthcoming legal thriller for adults, an untitled work that will be released in October.

David Gernert, Mr. Grisham’s literary agent, said the author wanted to explore other publishers as he entered a new genre. “Children’s publishing is totally different from adults,” said Mr. Gernert. “So John felt that it would be a good idea to explore the world of children’s publishing and talk to a couple of different people.” Mr. Gernert said Mr. Grisham spoke with less than five publishers.

Stuart Applebaum, a spokesman for Random House, said that Random House’s Children’s Books division made an offer and expressed “our keen interest.”

Don Weisberg, president of Penguin Young Readers Group, said the new series would be aimed at children aged 8 to 12. The title character, he said, is “delightful, and the kind of character you would like the opportunity to develop over time.”
Posted by Beattie's Book Blog at 7:24 am

Waagh, I could swallow the kid secret agent [Alex Rider, etc] but a kid lawyer I'm really having trouble with. It will be interesting to see how it pans out.